For He Is My Brother

This isn’t a Kumbaya moment. I can be somewhat gruff and don’t operate like that.

It has been almost a year since my Rwandan friend, and partner in crime Anastase set up a funeral. He and his wife run a group home. One of the residents died without a nearby family. The State would have just cremated him, and that would have been the end. That saddened Anastase, and he would not have it. In his culture, one does not just mourn, but it is a celebration of life. 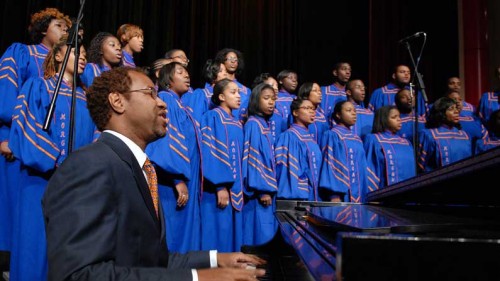 His church has an African choir that sings in Swahili. Anastase was nervous about too few people attending the service, but I made it a point to be there.

Anastase doesn’t like it when I say he has political skills. Well, if political machines were still strong, he would be good at it. He needn’t worry about attendance. Over seventy people attended.

Understand, these were black people coming out to honor the life of a white man, they never met.

I’ve been thinking of writing this for almost a year, but finally got around to it.

I’ve known Anastase for over eight years. I met him soon after he arrived in this country, which welcomed his family as refugees.

I speak some French and can read it. For the first time in years, I now had someone to practice with. In the summer of ’07, we had a company softball team. Anastase was learning the game on the job as it were. He grew up playing soccer, like most of the world. He was learning how to be an outfielder. I was reliving my misspent youth as the catcher.

We would play catch and warm each other up. I’ve written a separate essay about how he hit the heroic home run and broke himself.

We have checked out different events in town together. I’ve been learning what it means to be a refugee. Now, I am helping him write his biography.

We have more in common than you may think on the surface. Pulling ourselves up, after being down. He had a longer climb than I did.

I admire how he can laugh after what has happened to him. (No, I won’t give it away, you will have to read the book when it’s completed.)

I don’t have a biological brother, and as I’ve said, I don’t see myself as a warm fuzzy type. This sort of thing was at first difficult to write, which is why it took eleven months.

I am interested in genetics. Because Africa is where humanity began, it has the most genetic variance. Skin color is a relatively minor part of the Human Genome.

I laugh and say, “Of course we’re brothers, can’t you see the resemblance?”

We figure when our respective spouses kick us to the curb, we will be sharing a room in the nursing home, being as the two grumpy old men in the Muppets.

Jack Eason Dec 5, 2012 4
Does anyone care to predict which book by your favorite writer will do well? No? Join the club. As long as the sun…
Publishing