The title “Show, Don’t Tell” contains some of the most valuable words in the English language, and in the world of creative writing, they’re probably the most effective ones an author will ever use.

To an unknown writer like myself, I was virtually lost while attempting to craft my first manuscript. I had a story and characters in mind, scenery where dramatic action and conversations would happen, along with various feelings, sensations, passions, and other crazy emotions I wanted the reader to experience. In my mind, I knew what the story would look like, say, on television or up on the silver screen. 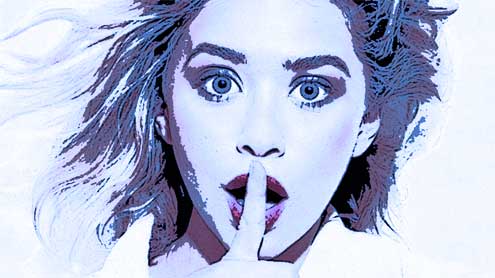 It had already played out before me after lots of time and thought. I wanted to tell the tale, and so I began. What happened over the next few months, and years, was like getting a Ph.D. in learning to make the reader feel and believe the words I was creating.

I began typing one evening, not knowing if what I was creating would turn to mush or literary gold. The words came, the pages started turning, and the story began taking shape. First fifty pages, then a hundred. Then, months later, over four hundred before I felt as though I’d finished my dreamed-up storyline.

I didn’t really know what to do next, so I drove to the local bookstore and purchased a popular book on getting published. As I skimmed the chapters the same advice kept coming across: never, ever submit anything to anyone in the literary community unless your work is polished, finished, and well-edited by a professional editor. And not just any editor either, a developmental editor, one who does far more than crossing the T’s and dotting the I’s.

One who’s capable of taking the naked bones of a story and help craft, shape, mold, and sculpt it into all it can be. One who isn’t afraid to express criticism, point out flaws, and draw through whole pages of non-relevant text with a fierce, bright-red pen. And in my case, one who’s willing to teach a beginner the elusive concepts of great storytelling. My editor showed me that giving a book a shot at getting published involved lots of pain, work, and determination. That it wasn’t easy. That it was going to require plenty of patience on my part for the reader to actually see and imagine what I did while writing the story.

The books we all buy, read, and love weren’t created by just one person, they rarely ever are. Rather, most are produced by both, authors and their editors. It’s always a collaborative effort, hopefully drawing out the best from more than one creative mind

Much has been written about the Author/Editor relationship. I’ve read that many can be temperamental, combative, argumentative, and confrontational. After all, when creativity is the name of the game, many believe that their way is the best way or the desolate highway. Most editors are writers themselves, and many writers think their words are gospel, and not open to interpretation. But for those attempting to go it alone in the super-competitive literary world we live in, electing to self-edit can be a costly mistake.

Speaking from my limited experience, I’ve been lucky, and I couldn’t have finished my first novel without my editor’s talents. When I first handed over the four hundred plus pages, I didn’t know what to expect. All I knew was I wanted to make it the best it could be, and prepare it well for the agents and publishers I was about to query. I’m the type to never do anything halfway when it comes to projects, so having a true professional dissect my work, for better or worse, agreed with my way of thinking.

Initially, my editor took the rough stack of pages and let me know it’d be a while before hearing from her. During the days and weeks afterward, my mind began to wonder; Is she laughing while reading my pathetic dribble, is her pen running low on ink correcting the mistakes, is this the worst she’s ever seen, is she going to call and say, “Don’t quit your day job buddy!” while snickering and rolling atop the floor? Thankfully, for my sanity, none of that happened.

After her initial read she wrote and said she could help, that the manuscript was workable, but not without numerous corrections to be made. Then later, it came back. At first, I was amazed at what she found. It wasn’t just basic typos and spelling corrections that were needed. It was a whole range of things including storyline flow, character development, and an overall tightening of the text. But the biggest item brought to my attention: Learning to show the story instead of telling the story and keeping my omnipresent voice out of the equation.

When you think of doing anything in a creative field always imagine the support that’s required. The actor needs his directors, the athlete his coaches, the musician his songwriters, and the writer, his editors. Very few have the talent to go it alone unless your last name is Hemingway, Picasso, Jordan, or Jackson. And even they had someone either sitting in the bleachers or standing behind the scenes giving them needed support.

My Writer/Editor relationship has continued since the beginning, even helping to support me through social media, answering questions, and counseling me when a traditional publisher finally called. I consider her a great friend and mentor, the type every writer needs throughout their career. Personally, I’m looking forward to opening the creative veins and letting the blood flow onto the pages one more time, together.

Regarding The Bermuda Triangle