The Influence of Food Package Imagery on Consumer Behavior

Summary—Research & Findings
According to Science Daily, the British Psychological Society conducted a study that assesses human reaction toward images on food and dietary supplement packaging. The study examined participant viewer responses to fictitious product packages containing nutritional claims, subdivided into tests with and without a functional image. 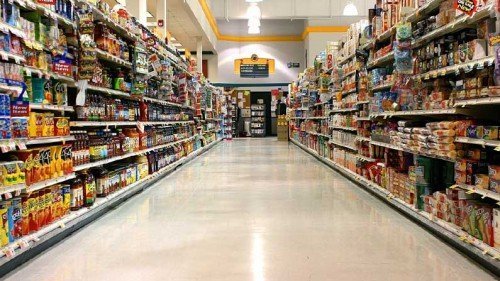 This experiment included 372 people from five European countries. Consequently, the results revealed subjects tending to forget nutritional claims, which increased in frequency where pictures of a brain or heart accompanied the claims.

From these findings, the article reasoned that people may infer health benefits from images on food labels.

Selective attention describes people’s tendency to overlook information within their purview of exposure. Selective distortion reflects the human tendency to interpret information in a way that suits their biases. Selective retention reveals the tendency to recall positive attributes about a preferred brand while simultaneously forgetting favorable features associated with competing brands.[i]

Selective attention appears most pertinent because psychoanalyzing package image influence on consumer recollection assumes a marginal relation to information biases and/or competing brands. For example, the study concludes people often “misremember written health claims on product packages,” and allegedly with greater frequency when accompanied by “some health-related image.” Granted, the purported greater memory lapse with images may suggest a subconscious preference for certain information. However, this study more strongly supports a subconscious “screening-out process,” whereby consumers perhaps neglect information regardless of preference. The study’s failure to directly link memory deficits and consumer preference reinforces this conclusion since selective distortion entails internalization of information consistent with one’s beliefs. Additionally, the absence of any reference to competing brands in this study weakens support for selective retention.

Thus, the study plausibly assumes selective attention—screened out unawareness despite exposure. If so, the participants’ evident failure to recall product package content demonstrates imperfect perception. If true, assuming a representative study, memory deficits may also suggest imperfect perception of package content among consumers. If so, assuming this study accurately reflects consumer behavior in a representative population, the results may redirect marketing efforts to elicit customer satisfaction.

Hence, closing this syllogism with the missing assumption may suggest a revision to research methodology. Alternatively, this study may not require such reform. Frankly, a wiser approach may simply accept the study results without determining whether consumers infer health benefits from products to reduce reliability issues. Inferring consumer opinion from the participant reaction in a single study conflates information by assuming no distinction between the two. Difficulty eliciting reliable consumer opinion may suggest not reforming research methodology.

Nevertheless, to reform research methodology, the study might otherwise administer a placebo effect test that enables consumption of products with and without package images. This test should medically evaluate health benefits experienced from consuming products consistent with each product’s purported benefits while measuring differences between image and non-image categories. This placebo assumes all prior memory-assessment procedures implemented between image and non-image categories, but also incorporates health benefits tested for each category into memory-response. Such a test might increase the correlation between forgetting package-content and people inferring product benefits by illustrating how manifested medical benefits may suggest subconscious attitude.

Furthermore, the provincial sampling of only 372 participants from five countries fails to represent accurately cultures over a standard global population. Small samples generally skew results. But expanding participation to encompass participants from populous regions in various continents might enhance reliability. After all, Western Culture differs from European culture, as with African culture, and Asians who evidently comprise the largest among global populations. [ii] Still, a more prudent approach perhaps appreciates the research results—its resourcefulness to explore consumer behavior with packaged-product content—without need for reforming research methodology. As one study collaborator concludes, these results support the value of “research” in “informing food labeling policies” and determining how “consumers use imagery.” [iii]

Marketing Implications
The results revealed that certain participants might “misremember” product packages containing images with even greater frequency than nutritional claims alone. These findings possibly suggest a need for additional testing with actual products among real consumers to more accurately determine how much “misremembering” influences projected sales. If possible, the results may even imply a need to simulate identically this bifurcated study with actual consumers, presumably in their natural environment. For instance, marketers may consider the inclusion or absence of product images to determine consumer reactions. They may also separate packages with only health claims from those also featuring images, and test how package-content memory may influence sales among each group. Therefore, such knowledge, where applicable, may help marketers more effectively tailor product-content to target diverse consumer interests, thereby possibly increasing sales and customer value.

For He Is My Brother