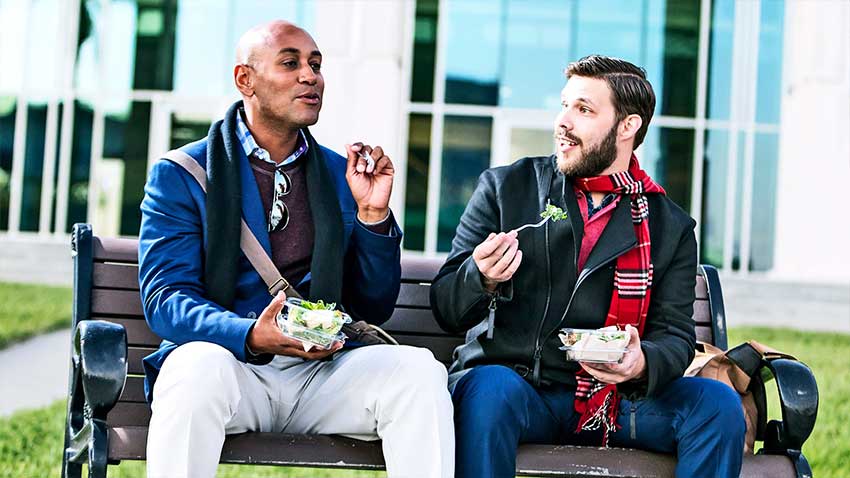 From previous Texas Tenders, you know where to start your story, whose point of view you want to be in, came up with a great hook, and picked out your hero and heroine.

You’ve created a strong villain waiting in the weeds, and you know where the mentor lives and how to get him and your hero together. Maybe even have a sidekick lurking in the shadows just waiting for his best friend’s smile to invite him onstage.

So now you’ve got to put words in these people’s mouths.

You cannot be every character. If they all sound alike—talk like you—then the dialogue won’t be realistic. We do not all talk the same. Men deal in absolutes and prize their words, while women are more prone to beat all the way around the bush and maybe the cedar tree close to it. It’s a scientific fact.

A man will say somewhere around two thousand to twenty-five hundred words in a day. Their feminine counterparts will use at least twice that number with gusts to seven thousand. Write accordingly.

In read and critique groups, my husband Ron often tells women, “Go ahead and write your men’s dialogue on your first draft, then go back and cut it in half. Then take a third trip through and cut it some more.’ Another thing he says a lot is that strong men never explain themselves. I believe those two bits of advice will strengthen many female writers’ heroes.

When you’re out and around town, listen closely to folks’ conversations and study their speech patterns. Writers have every right to eavesdrop shamelessly in the name of research, and it’s fun. People talk in shorthand and fragments. They’ll often answer questions with a question, interrupt each other, and do all the stuff you’re unconsciously used to in your own conversations. Take note that two friends talking rarely use each other’s proper names.

But sit at a computer and let your fingers start talking for your characters, and you suddenly desire to be an English teacher—or French teacher if you live in France. Characters must talk in complete sentences, use proper grammar, and say everything that comes into their minds, right?

That dialogue will read clunky, stiff, and stilted. You need to become a student of human nature. Perk your ears everywhere you go, purposely listening to how people really talk. Not just the words they say, but how they say them. Pick up on different idiosyncrasies used repetitively because you’ll need lots of those to give every character their own voice. Good dialogue is not easy to put on paper.

Know the mechanics of writing dialogue. It is, of course, encased in quotation marks to tell your readers these are spoken words. And on that note, only spoken words get the little double commas-up-in-the-air. If a character speaks and reports something, someone else said within their dialogue, those words (of the third party) get single quotes within the double quotation marks.

If you adhere to my belief that attributions are actually a shift in point of view, telling, not showing, and unnecessary—if you choose instead to use an action to identify your speaker (please refer to previous Texas Tender titled POV, Action and Internal Dialogue), the sentence of dialogue’s ending punctuation falls inside the quotations. Then write the sentence or two of action. Then open quotations again to continue with that same person’s dialogue. Every time a different character speaks, they get their own paragraph.

Keep in mind that you do not have to report all of the dialogue. Just as you practice in the narrative, leave out the boring stuff. You can spend half a page of:

“I have been fine, too. But my goldfish died yesterday.”

“That is truly a shame. Hard to lose a fish you loved. But how is your husband?”

“He’s improving, getting better every day.”

“I hear that flu going around is rough.”

“Is he coughing much?”

“He’s been keeping me up half the night with all his hacking.”

“I’m sorry to hear that. You must be tired from missing all that sleep.”

(Are you as tired of reading this garbage, uninteresting, not-moving-the-story-along dialogue as I am of writing it?)

“So, David, when are you going to tell your wife that you are leaving her for me?”

Now that last line got your attention, right? Start conversations where they get interesting. Give yourself the freedom to come in right in the middle of one. Trust your reader to realize the characters have been talking without making them read all the boring parts. Always keep tension on your mind and create it again and again as your story and dialogue progresses. Remember, tension brought on by conflict is what causes readers to turn pages.

Put some thought into where you want to use dialogue. There’s internal and external dialogue, of course. External primarily advances your plot with bits and pieces of characterization and information revealed along the way. External dialogue occurs mostly in ‘scene.’ Internal dialogue comes only from your point of view character.

While snippets can be used in a scene—great for breaking up a dialogue—your long deep blocks of internal dialogue remain primarily in a sequel and can be coupled with the transition.

You’ve heard the term talking heads. This refers to pages of dialogue with nothing to break it up. Sure, readers do like dialogue, fast to read a page full, right? But how many times have you been reading a conversation and have to go back line by line to figure out who said what? Don’t you hate that? Use action and internal dialogue to keep your writing from having talking heads, so you don’t put your readers through that distasteful exercise.

Everywhere dialogue appears, it should have a purpose. Know what you are trying to get across with your use of dialogue. Are you advancing the plot by having someone tell your hero something? Then get him on the scene, pass that information along, and get him off stage. Even viewpoint characters don’t need to say more than necessary, in the same way, you don’t show a gun that is not relevant. And don’t have a minor character say more than is necessary either.

On the other hand, if you reveal a character’s innermost heart, then use as many words as you need in internal dialogue. This is what novelists have over screenwriters. We can let readers in on what’s really going on in our player’s heads and hearts, have them say one thing, but be thinking another.

“It ain’t easy, but then if it were, everyone would pen themselves one of them big time, money-making, hot-selling books.” Liza grinned, showing tobacco-stained teeth. Whipping out a novel was about the easiest thing she’d ever done for money, but the publisher didn’t need to know everything.

He might not be willing to pay her all them dollars if he did. Does the dialogue reveal anything about Liza’s character? Her level of education? Maybe her race? What about the internal dialogue? Doesn’t it even tell you a bit more of her persona?

Write and rewrite the dialogue. Read it out loud, then rewrite it some more. Get a friend involved to read a part and see how it comes across. Find a critique group, read it there, and then work it some more—unless they commented that your dialogue was just perfect.

Remember, only God writes in stone. The rest of us rewrite.

Speaking of critique, how about next week, we go over a few self-editing tips? And please do tell me what else you’d like me to go over. Anything you’re having trouble with?

And in the meantime, be listening!