I made a comment to a friend today about a writer with an over-inflated sense of his talents, and the friend responded, “Did you know he’s a champion of women’s issues?”

That made me stop to think. I came to three conclusions: first, women’s issues don’t have much if anything to do with good writing; second, I don’t know what women’s issues are, and third, whatever they are, I don’t believe in them because they are, by definition, gender specific. I don’t even know what plain non-gender-specific “issues” are, so I’ve spent the last hours researching issues and women’s issues, starting with “issue.” “Issue” means 1) an important topic or problem for debate or discussion and 2) personal problems or difficulties. 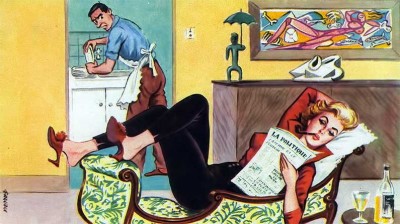 Whatever my personal problems or difficulties, I don’t consider them “women’s” issues. They are my issues, and I don’t primarily define myself by gender. Frankly, I don’t define myself at all. For a while, after the death of my life mate/soul mate, I defined myself by his absence since his goneness was so much a part of my very being, but now that the void isn’t as apparent, I’m just me again — a work in progress, a being in flux.

As for women’s issues — the right to bodily integrity and autonomy, to vote, to hold public office, to work, to fair wages or equal pay, to own property to education, to serve in the military or be conscripted, to enter into legal contracts, to have marital or parental rights, and whatever else is on the agenda — they seem more a matter of politics, and I am not a political creature. To be honest, I don’t believe in conscription for anyone, and I’d just as soon we all got along so we could get along without any sort of military. I don’t believe in contracts, either. Since contracts can be broken, entered into with bad faith, ignored, they are only as good as the lawyer you hire, and . . . well, I don’t believe in lawyers, either. (Do you see a pattern here?)

Men’s issues are also incorporated into the issues I believe in, especially fairness. Yes, men have “issues.” Although most of the high paying jobs are held by men (at least that’s what is said) some men have a hard time getting any sort of work at all. Sometimes men get passed over because of women’s issue politics — if experience and expertise are equal, the job often goes to a woman for no other reason than she’s a woman. Men are discriminated on the basis of height. Tall men (and women) have the advantage when it comes to high paying jobs because height connotes power. We want leaders we can look up to, not down on. Although height is something we have no control over, short people, especially men, are sometimes seen as weaker unless they have something else going for them — money, aggressiveness, a resounding voice. Men also have more problems with homelessness, violence, workplace deaths than women do, and almost as many problems with domestic abuse and depression.

In a perfect world, everyone’s “issues” would be addressed. And this could be a perfect world. We all — men and women alike — have the capacity for fairness, freedom, truth, love, kindness, respect, purpose, generosity of spirit.

Maybe I should start with myself and refrain from making ungenerous comments about other writers’ abilities.

Andrew Sacks Sep 20, 2016 6
Nouns of Direct Address What? Nouns of direct address? Was that the name of an ‘80s rock group? Perhaps—but it…
Book Review