How long had the idea of your book been developing before you began to write the story? 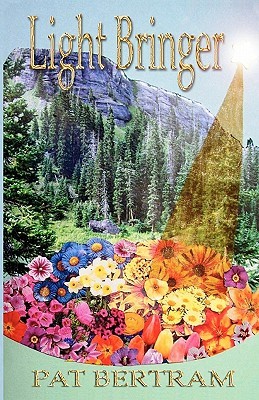 Light Bringer, my most recent fiction release from Second Wind Publishing, stewed in my brain pan for several years before I actually started to write it. It was the first book I conceived, but I couldn’t figure out who my alien characters were, where they were from, how they traveled here, and why they came, so when other stories captured my imagination, I followed my enthusiasm. In between finishing my various novels, I worked on Light Bringer, trying to develop the idea and research the specifics. If you include my research, which I’d been doing for decades before the story ever entered my mind, you could say the idea for the book had been developing for about thirty years.

Here are some other authors’ responses to the question of how long the idea had been developing before beginning to write their stories. The comments are taken from interviews posted at Pat Bertram Introduces . . .

From an interview with Jerold Last, Author of “The Ambivalent Corpse”

It took a while for me to find the time to sit down and start writing the book. In this case “a while” spanned 12 years. The major challenges for me are finding the time to write and the discipline to edit the dialogue and descriptive passages over and over until things feel right and pass my wife’s critical evaluation. I haven’t needed to spend much time on research as yet, since I’ve lived in the locations that the books have been set in.

From an interview with Guy Harrison, author of “Agents of Change”

For over a year, if you can believe it. I originally wrote Agents of Change as a television pilot script around this time last year. As an aspiring screenwriter for many years, I finally got tired of banging my head against the wall as I attempted to sell the script.

This past October, I finally asked myself “what if I wrote a novel?” I really believed in the television pilot’s concept but knew I needed to rework it for the purposes of a book. It’s darker than the television series would have been. Truth be told, I actually like it a lot better as a novel.

From an interview with Dale Cozort, Author of “Exchange”

For this particular book, almost twenty years. I know that because I came across a notebook with dated entries from when I was in my late teens outlining some of the ideas. That’s unusual for me. Most of my stories go from concept to writing within a year or two. I had the idea for Exchange long before I had the maturity or self-discipline to write it. 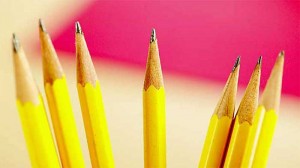 From an interview with Stephen Prosapio, Author of “Ghosts of Rosewood Asylum”

Funny in that this story had to “brew” quite a while, Pat. I thought up the rough idea for GHOSTS OF ROSEWOOD ASYLUM after my first novel DREAM WAR didn’t sell to the Big Six publishers. I didn’t quite pitch it right to my agent though, and she suggested I go with another idea I had at the time (a vampire novel). Unfortunately, I got blocked with that idea and came back to the TV Paranormal Investigator angle. Pitching it a second time to my agent went much better. She gave me some great advice. Thus, GHOSTS OF ROSEWOOD ASYLUM (GoRA) was the easiest novel to write thus far. I wrote the first draft within 3 months.

From an interview with Ellis Vidler, Author of “Cold Comfort”

Cold Comfort took about a year to write and five more to revise till I felt it was right. The first one, Haunting Refrain, took eight years to complete. I’m getting better.

From an interview with Joylene Nowell Butler, Author of “Broken but not Dead”

Too long. Someone asked me the other day about my mother and it occurred to me then that the day she died I’d written the first four pages of “Broken but not Dead”. I gave them to her to read, then retired for the night. When I got up the next morning the pages were on the dining room table with spelling corrections and a note that said she liked it very much. I didn’t realize then that she’d passed. That was October 16, 1999. It takes me a long time to write, and I don’t think it’s because I’m slow. I work on so many different projects at the same time and I like to take breaks and distance myself often.

So, How long had the idea of your book been developing before you began to write the story?