His most important rule is one that sums up the ten: If it sounds like writing, rewrite it. 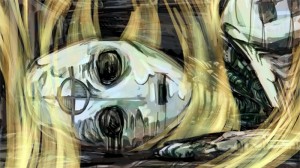 Somerset Maugham said “there are three rules for writing the novel. Unfortunately no one knows what they are.”

I have but a single rule: Everything in service to the story. If something doesn’t advance the story, develop the characters, give information necessary to understand the stakes of the story, then it doesn’t belong. This rule is especially important in this anything-goes publishing world, where people dash off novels in weeks to sell on Amazon. Atrocious writing, an intrusive number of typos, or a decided lack of story telling skills are not in service to the story, and need to be remedied.

Whether we adhere to rules or create them, certain aspects of writing fiction are important. You need a beginning that hooks people, a middle that makes them want to keep reading, and an ending that satisfies. The writing has to be comprehensible. No reader wants to read the same sentence over and over again, trying to make sense of it. They want to find out what happens to the character. Most of all, you must have a character who wants something desperately enough to drive the action of the story. Even if the character is unwilling to take action at the beginning, somewhere along the line she needs to take things into her own hands. A character who is unwilling to participant in her own story gets boring after awhile, and no matter how things change, that first commandment of writing will always hold true — though shalt not bore thy reader.

If Only You Could See Me

The Dancing Hands of the Wallflower

Alan Place Nov 1, 2020 1
Dreams Fuel My Writing Most of us have woken and thought, where did that dream come from? For several years,…
Psychology