It is hard to believe that any prolific and gifted writer could ever suffer from writer’s block as if we are always open to ever-pouring ideas and an endless flow of perfectly coined sentences.

Is it possible for, as I said, a prolific writer to struggle with commencing a new story or novel, to develop a plot, to find characters willing to lead and open themselves to structure something fresh and new? 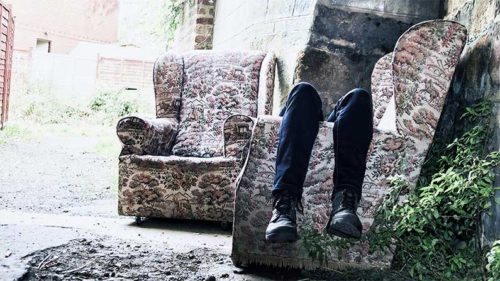 What causes this mental pain of being unable to start and finish a story in your usual way, manner, and style of writing? What would be the answer to this neurotic inhibition of creativity and productivity and what could be done to end it in a reasonable amount of time?

If we explore the lack of external motivation, I would not agree that it could cause the problem, for it is not a matter of the external but rather some internal obstacle.

As for external motivation, we are always exposed to events, which a creative mind can respond to and ponder upon endlessly.

That said, I believe that writers do not drain themselves entirely as life offers a plethora of characters, challenges, and events. Writers read all the time, explore films and frequent the theatre to nourish their minds and stimulate their ideas.

Could it be plain laziness? Getting up in the morning feeling like doing nothing and staying in your bathrobe for the rest of the day, unmotivated.
I wouldn’t agree, either.

Writing a novel is hard labour and solitary work. A novelist sits for days, months, or even years alone with their equipment and their mind. Novelists are solitary creatures and often live alone, for being a prolific novelist one has no time for other involvement. Living such a kind of life for an extended period one develops a so-called aversion to solitude as prolonged isolation brings about depression and anxiety.

Is it, then, unhappiness that can bring about writer’s block? Yes, unhappiness could be caused by a lack of direct and constructive feedback while writing a novel. Self-doubt arises, and the feeling of helplessness comes crawling in those lonely hours where the reality and validity of the story have no mirror.

In such circumstances, if prolonged, and if the writer claims they suffer from writer’s block they are prone to fall into the trap of negative and nonconstructive pictures in their minds, causing vivid dreams to disappear or to be clouded.

Upon finishing three novels and a collection of short stories, I told myself I was ‘exhausted,’ not knowing what I was exhausted from, for I love writing and this is so far the most fulfilling work for me. Even though it takes its toll, I don’t see it as challenging and demanding because it brings me joy and it is known that joy is the most nourishing and inspiring sentiment.
But still, I was exhausted. Or did I just cast a subjective judgment upon myself?

Another enemy of a writer is striving for perfection.
Can one be exhausted by seeking perfection itself? The answer is, of course. It can be so demanding and exhausting for the writer that it can diminish creativity and cause depression.

So, what would be the answer to the posed questions?

Well, what I figured out lately, and it wasn’t really a revelation, for I knew it before but didn’t afford the pleasure of admitting it to myself is: keep on writing without attempting to write a masterpiece!
Period.

When writers find themselves in the unpleasant grip of writer’s block, the best thing is to keep on writing without aiming for perfection.
Just keep on writing – a journal, or a short piece of something that grabbed your attention at that moment, maybe a short story, or something that you wanted to write about but thought it to be ‘unimportant’ to others, or yourself, at that particular time.

Keep on writing. Make errors. Mess up the story, but keep on writing for such moments will give you the freedom to imagine and explore, and very soon you’ll discover again the joy of writing stories that are unrelated to a major writing project. And when joy is reinstated, you can get back to writing that major project with equal zest as before you were caught in the grip of that so-called writer’s block.