Fantasy, Horror, and Mystery writer Martin Adil-Smith (Author of A Gathering of Twine).

Tell us about your background. Who you are, where you are from?
I was born in London (UK) in 1978 to a Persian mother and an English Father. After completing a BA in Criminology (think of it like CSI, but without the pouting and conviction rate), I went into commercial real estate on the investment and construction side, and was fortunate to travel the world with work, before settling in Scotland in 2009. 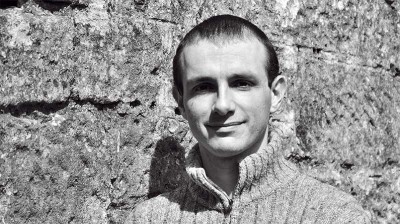 What themes does your book explore and what do you hope the readers will take away from the experience? Is there a particular feeling or experience that you hope to evoke for the reader?
There are a number of themes, but the principle idea is one of “masks”. We all wear masks every day – we pretend that things are fine, or act as though we are more successful. And I took this idea and I applied to an occult setting; what if God wore a mask too? Would you want to see behind that mask, and if you did, what would see?

What prompted you to be an author and did you have a specific inspiration in mind? Were you influenced by a certain person, artist, or genre?
To me, writing is as essential as breathing. I have always written ever since I can remember, and the first book that really made me say “wow!” was Mossflower by Brian Jacques, which is essentially Narnia but without the annoying children. After that I moved into fantasy with the likes of Stephen Donaldson and Robert Howard, and towards the end of 80’s I discovered Algernon Blackwood, Poe, and Stephen King and that was when my love of horror really took off. I devoured the likes of James Herbert, Anne Rice and Graham Masterton… and I’ve never stopped.

If you could compare your book to any other existing works, which ones would it be and why?
I’ve been getting some really favourable reviews, and have been compared to Clive Barker and HP Lovecraft, which is very humbling. My work asks the reader to consider what the world would look like if The Creator was not benign, and how that malevolent nature might be concealed to keep us all docile in order prepare us for The Plan.

Tell us about your latest work and what inspired you.
Martin Adil-Smith- “A Gathering of Twine” deals with a disgraced archaeologist who believes that he has discovered an alternate Genesis story that reveals the real reason that Mankind was created. But his interest turns to obsession, and he loses his job, his wife, his kids… all in an effort to bring “the truth” into the light.

Much of it was inspired by what I see going on in the world – people who claim that every other deity is make-believe, but theirs is real… because their book says so. One of themes I play with is the absolute belief in the written word; when all you read isn’t true… that’s The Spirals of Danu.

How can your readers contact you?
I’m most active on Facebook. My fan page has nearly 3,000 fans, and it’s a pretty lively place full of dark humor and discussions on books, movies and the latest TV series.

Thanks for taking the time for this interview. All the best!
Martin Adil-Smith – Thank you.