We are bound to the world by society, culture, our shared past.

We have no real choice as to what world we are born into — we come as babies to a fully formed structure, learn our way around that structure, and then finally, as adults, either try to live within the structure or try to bend that structure to our needs, hopes, dreams. 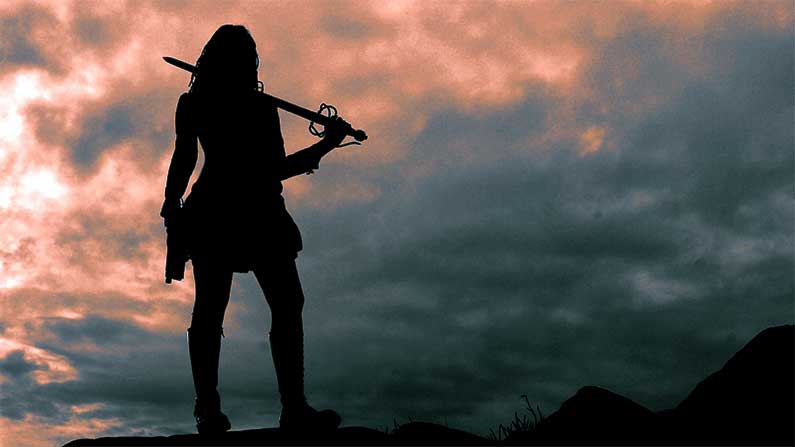 I wrote a blog the other day about not believing in women’s issues. The point I tried to make is that both men and women have issues and that what I believed in were human issues, non-gender issues, such as fairness and respect for everyone.

In response, a friend texted me: “You are entitled not to be a feminist. A lot of very brave, determined women won you that right.”

Although I commend his willingness to disagree with me since many people don’t want to voice disagreement with my commentaries, his remark hit me wrong.

It presupposes that as a woman I have an obligation to be a feminist and that it’s my “right” to choose to forego that obligation.

I want fairness for everyone, so much so that I have often done the fair thing when it was to my detriment simply because it was the fair thing to do.

It seems to me that those who champion women’s issues don’t want fairness. They want the tables turned where it’s women at the forefront of economic and societal structures. And it’s happening. According to a new analysis of 2,000 communities by a market research company, in 147 out of 150 of the biggest cities in the U.S., the median full-time salaries of young women are 8% higher than those of the guys in their peer group.

In two cities, Atlanta and Memphis, those women are making about 20% more. This squares with earlier research from Queens College, New York, that had suggested that this was happening in major metropolises. But the new study suggests that the gap is bigger than previously thought, with young women in New York City, Los Angeles and San Diego making 17%, 12% and 15% more than their male peers, respectively.

And it also holds true even in reasonably small areas like the Raleigh-Durham region and Charlotte in North Carolina (both 14% more), and Jacksonville, Fla. (6%).

This disparity is seen as an advance in women’s rights, but where’s the fairness? Are we supposed to continue to champion equality where one gender is more equal than another?

If it is true that I owe those brave, determined feminists a debt, then I owe it to men, too. It was the urban world the early suffragettes were born into that gave them the time to fight for such things as equality. Women (and men) in non-urban areas were too busy keeping alive to worry about jobs outside the home or politics or bodily autonomy.

So in a way, it was the industrial revolution, the legacy of men, that brought about the conditions that ultimately led to the fight for women’s rights. Oddly, it was urbanization in ancient times that originally contributed to the loss of women’s power, women’s religions, women goddesses. So there is no one to thank, no one to blame, no one to be indebted to for my “right” not to be a feminist — I was simply born into a particular world, the sum of everything that has gone before.

Besides, I believe feminists are settling for too little. Instead of demanding entry into the so-called “men’s world,” I always thought women should create their own world, not the housewifey world that is usually considered a woman’s world though is merely an adjunct to the man’s world, but a true woman’s world — the world of mysteries, wildness, goddessness that is our birthright. A world superior to the world that we were born into.

But perhaps the structures of this materialistic world are too well-entrenched, and all we can do is change who controls the materials.