I am making my first attempt at blogging a book review.  As a newbie at this, I picked a couple of popular series to test the waters with.

This will give anyone reading my first reviews something they can compare to and let them judge just how good or bad a reviewer I am. 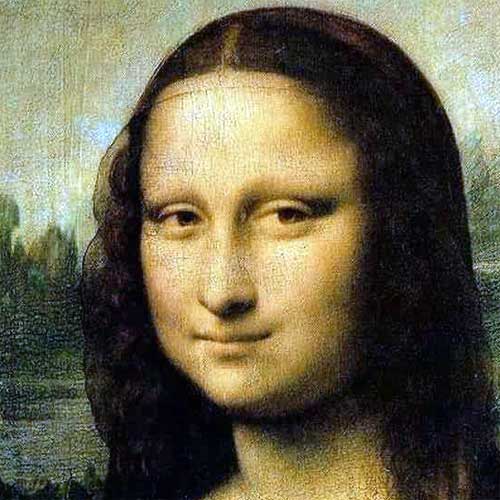 For my very first review, I have chosen a book series by a well-known author that everyone has heard of, even if they haven’t actually read his books.  Yes, the series has been reviewed to death already.

As with all well-known and high-selling authors, there is a lot of controversy in the readers’ trenches over how good (or dreadful) the author and the books are.

Every perceived discrepancy in research and how those details have been used in the books has been nitpicked at some point, and seriously nitpicked to the bare ivory bone.

But I’m not blogging to nitpick little details, to bash a writer or book for not meeting some high on the pedestal expectations, nor to argue whether the author saw the truth of every tidbit of detail and research that went into the books.

I make no claims to be a professional reviewer, nor am I an expert in writing matters.  I bought the books, read the books, and this is just my personal view based on my own tastes as a reader and lover of books.

Like all good things, taste is “in the eye of the beholder”, to coin a phrase.

When I read Dan Brown’s The Da Vinci Code

, the first book I read in the Robert Langdon series, I enjoyed it.  I bought the book because of all the hype.

Heck, if even guys like my husband and his co-workers, guys that don’t normally pick up a book to read – ever, are talking about it, then there must be something worth looking at.

The book didn’t draw me into the life of the characters as much as I would like, and it wasn’t gripping, but I liked the book and very few books draw me in with that firm grip that doesn’t let go.

It wasn’t the writing itself that drew me on to finish reading the book; it was the plot that interested me.  I’ve read books that were much better written, and ones that made me cringe at every other sentence.  I’d put this one at about a mid-point on the scale.  It’s not high up there for an avid reader, but an easy enough read for someone who rarely reads.

As readers, we’ve become so accustomed to every story having to have a tangled web of relationship conflicts (and usually the guy gets the girl and vice-versa) all happening in the background of the main story, that I kept looking and waiting … and waiting – for that relationship tension to begin.  It was almost a letdown when it never did materialize.

Robert Langdon was a character with one single relationship, and that is with the need to solve that puzzle to the exclusion of the trivialities of human relations.  It left me feeling as though his co-character, Sophie Neveu Saint-Clair, and the others that follow Langdon through his adventure, both his allies and adversaries, are just along for the ride.

The usual sexual and relationship tensions were non-existent and the other challenges between conflicting personalities felt driven exclusively by the need for Langdon to find his holy grail and others to stop him.  There were no underlying personal tensions between the characters of the book.  Langdon was a character untouched by human interactions.

Much of the story is based on revealing and using old religious beliefs and history to weave a winding maze that Langdon must follow in a race to reach the end before his adversaries catch up to him.  And, much to the dismay of many religious readers I’m sure, the story didn’t fall within the teachings of their religions.

There are also many arguments out there that many of the “facts” within The Da Vinci Code and the other books of the Robert Langdon series are either wrong, based on incomplete research, or outright twisted from their original (religious) intents.

Perhaps Dan Brown’s biggest mistake was to make any claims of facts and truths.  Simply put, the biggest cry I have read is to cry foul long and loud against any author or book that makes a big splash.  The bigger the splash, the louder the cries.  Any discrepancy and flaw will be pounced upon with the delight of a starving cat.  Is Dan Brown a legendary historian or an expert in ancient religion?

No.  Dan Brown is a writer.  And as a writer, he must research and interpret his research to the best of his ability.  There will be mistakes and discrepancies that someone somewhere will notice, just as there will be typographical errors in the book the proofreaders missed.

Heck, I’ve seen more ludicrous and blatant mistakes on prime-time television series.  What happened to those writers’ research?  But, by laying claim to facts and truths, he opened himself with arms wide to be shot down for every single mistake.

But I didn’t see all that.  I saw a character, Robert Langdon, who studies history including religious history for its wealth of symbols.  He is a symbologist and not a religious man.  His studies of religious history are all about decoding the symbols he sees behind everything, not for their mystical religious meanings.  In fact, Langdon doesn’t believe God exists as anything more than a construct of man.

For these very reasons, the book’s deviance from religious teachings made more sense than if Langdon ran around spouting the word of god and teaching his fellow characters a religious history lesson.   It’s all about the world as a fictional character, Robert Langdon, sees it and that world is full of hidden symbols and meanings that warp the very religious nature of what history tells us.

Langdon also questions the validity of what historians believe is truth and what is claimed to be false truths, suggesting that perhaps not all is exactly as we are told it is.

After reading The Da Vinci code, I went on to later read Angels & Demons and then The Lost Symbol.  Throughout these books I noticed that Dan Brown did a remarkable job of keeping to the same fast pace and story throughout all the books.

In fact, he did such a remarkable job that I had a strong sense of déjà-vu on reading the next book and I sometimes had to remind myself that I wasn’t re-reading The Da Vinci Code.

In Angels & Demons, Robert Langdon was the same sexless character, racing to solve the puzzle while staying a step ahead of his rivals and still showing no interest in the trivialities of human relationships.  His drive lay exclusively with solving that puzzle while the other characters just kind of tagged along for the ride.

When I read The Lost Symbol, what stood out most was that this was the first book that even suggested Langdon had an interest in people, let alone matters of intimacy.  And yet the tensions of relationships and affairs of the heart were just as non-existent as in the other books.  Langdon also seemed to just be going through the motions of following his own scripted life.

Langdon seemed to be a reluctant participant, following the twisted maze to solve the puzzle but not feeling driven by his usual need to solve the puzzle.  He was pulled unwillingly forward from one scene to the next with a sense he was just going through the motions.

Dan Brown’s remarkable ability to keep the story true to itself through all three books left me feeling an even stronger sense of déjà-vu by the time I was reading what was for me the third book in the series.

In this book, I found myself constantly having to remind myself that I wasn’t just re-reading one of the other two books.  Usually, when you read a book from a series, you can tell there are books before that one.

Each book is read as a standalone novel.  That in itself was fine, but each subsequent one I read seemed as though I was re-reading the book before, rewritten with changes to the cast and places.  While I marveled at Dan Brown’s ability to keep the world of Robert Langdon wonderfully the same from one book to the next, that very sameness was a little too much the same.  Each book lost me a little more and left me less intrigued in the plot and more intrigued in what book I’ll read next.

By the first chapter of the third book I read, I was downright bored.

But despite Dan Brown’s failings with this series, he certainly did something right.  He got the average Joe non-reader to talk about and get interested in reading the books.

Lady on a Wall