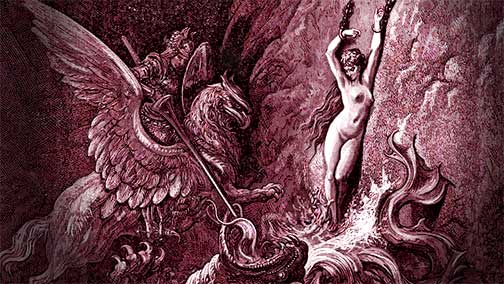 As an editor and publisher, I have posted a few articles on common mistakes in writing – from an editor’s perspective.

While on a long-needed holiday break it occurred to me that narrowing focus on genres and styles of writing – particularly in speculative fiction, which is my specialty – could be of some use to some writers.

I have chosen ‘epic fantasy’ as my first victim…er…category. I think it is important to make a few definitions, in part to ensure that the focus is correct, and in part because it will directly aid my six points.

Fantasy is a subset of speculative fiction – that is, it is concerned with ‘what if’, in some way detached from today’s reality (or concept of reality), with fantastical elements.

Science Fiction is also concerned with the ‘what if’, except it is grounded with current knowledge; there is no element to the tale that cannot reasonably be extrapolated from current science and humanities. In another posting some time ago I proposed that horror is not a genre, but a style of writing that can co-exist with fantasy and science fiction.

Epic fantasy is an inexact term and is often interchangeably used with ‘high fantasy’, ‘sword and sorcery’, and some others. I am, for the sake of ease of discussion, lumping them together – they are concerned with a world, universe, milieux that are different from our own world and its history. Often, place names, people’s names, religions, you-name-it, are fabricated by the author.

However, this isn’t enough to define the epic fantasy sub-genre of fantasy. The last piece of the puzzle can be found in the term ‘epic’: the storyline, the characters, the themes are required to be epic in nature, and often set in a ‘past time’, one where technologies are more primitive than ours.

Magic and gods often feature and are real. Lord of the Rings

, A Song of Ice and Fire

, and The Shannara Series are clear examples. Additionally, there are some stories that can be viewed as epic, although they bend the definition a little, such as Neverending Story and The Chronicles of Thomas Covenant, where there is an interaction between the fabricated world (secondary world) and the real world.

Epic fantasy is a popular field and represents a substantial portion of submissions to my company. I have, over my time in this field, observed a number of common issues that tangibly hold back a given manuscript’s quality.

1. Lack Of Understanding Of What ‘Original’ Means

Again, I am defining a concept that others might disagree with, in whole or part. If we take a very tough definition of ‘originality’ for creative writing, we will all fail to produce original work. It was all done centuries ago, beginning with Homer. We have all read about the 4, 5, 6, or whatever number of archetype stories.

If we slightly slacken the definition, we will still fail because most themes, characterisations, and plot lines were explored and expertly delivered by (arguably) the 1970s. However, I don’t apply my thinking this way, nor do those who participate professionally in the sub-genre of epic fantasy today.

For me, the deliberate, craft choice of combination of characterisation, plot, theme, and style allows for an infinite number of combinations, and this is what I would define as originality.

In a sense, the way an author departs from familiar combinations, and yet draws skilfully from what is essential for epic fantasy, constructs vivid, exciting, meaningful epic fantasy literature.

The problem is that I so very, very often read manuscripts where the author fails to find this balance. In many cases, way off target. The worst-case scenarios are, I believe when authors are so in love with the sub-genre they want to relive their reading experiences in their writing. In effect, they are cloning what already exists. I read these types of stories too often, and I despair. Cloning, from beginning to end of a manuscript, is a sin and will never sell.

Manuscripts with a degree of ‘originality’ can also contain well-worn tropes, too strong an echo of well-treated themes, storylines, and characterisation. This can ruin what is, at a macro level, a story with strong features.

It is essential that each and every element of a story is considered deeply – finding the balance of originality/familiarity. A tough call, I know, and more an art than a science, so to speak. The key is when a ‘familiar’ element is described, it doesn’t register on a reader’s cliche seismometer. Great work will use these ‘spies’ to enhance the manuscript.

Most good novels, epic fantasy or not, tend not to be linear in construction. When they are, they have to be incredibly well written indeed. Good stories have depth and that usually means side stories and the like. Quality work exudes style, and that means sensitive use of scene changes, time-frame switching, point of view interchanges, etc etc. I emphasise my choice of the word ‘sensitive’ – as these techniques can also be overused.

It has to be appropriate – it has to fit comfortably in the manuscript. Trying not to sound condescending, stories that are linear are overwhelmingly read as immature and juvenile.

I will grant that short work – novellas and small novels (say, 35 to 60k) can potentially get away with linear treatments, but my advice is to avoid it regardless. Paint your canvas with depth and sensitivity, and allow the reader to discover your story, not be led by the nose.

Epic fantasy stories tend to be longer than most other genres/sub-genres, as well as literary work. The reason for this is clear – most epic fantasy novels (and particularly the first novel in a series) need to world-build. The reader must become familiar (nay, be enthralled) in a new world. It takes more words to achieve this than a story in a familiar setting. The skill of a writer, may I add, is to convey this wonder with as few words as possible.

Many writers feel the need to describe the uniqueness of their world, including the ‘rules’ of how magic operates (where applicable) and the politics of the society/ies, as quickly as possible. This leads to the well-known sin of ‘info dumping’.

Quite often I find when I read epic fantasy manuscripts that the first few chapters, or large passages in early chapters, have long passages of explanation – whether it be narrative descriptions of geography, politics, and religion, or page after page of dialogue between major characters, as an alternative.

In weaker manuscripts, no action or tension is displayed at all for the first few chapters. The reader is disinterested already. I understand this, as I have in the past fallen victim to info-dumping myself. I am now very sensitive to it and work hard to combat it.

Some of the techniques to mitigate info-dumping, at least to a manageable level, can include:

Speculative or not, fantasy or science fiction, there is one common imperative – the story has to be believable. This means, for epic fantasy stories, there has to be consistency in the world-building from a number of points of view. To start with, geography has to make sense, and if there is something weird about a land, then there has to be a reason for it.

Real-world models and mindsets work to an author’s advantage because when it is applied to a newly constructed world, it more rapidly and meaningfully becomes believable.

Magic systems are often the most poorly treated – by their nature they defy the laws of physics and nature, and for this reason, the author must work hard to make the rules consistent, sensible, and interact with the mundane world realistically. I can not overstate the importance of research – nut up on geography, climatology, geology, physics, chemistry – at least enough to become immune from intelligent readers.

This is the category where I cringe the most when reading weak passages in a manuscript. This issue covers several areas of concern.

Firstly, the choice of place and person’s names. In some manuscripts, authors invent new words altogether, and even languages. The advantage of inventing words is that it adds to the ‘otherworldliness’ of the story setting, and avoids preconceptions.

The disadvantage is that if the words are poorly constructed (sound inappropriate/clumsy and/or linguistically meanders all over the place), they undermine the credibility of the story.

At the other end of the spectrum some writers choose to use historical names and words that are fixed to particular cultures – this can undermine the credibility of a newly constructed world, and if poorly executed, can stand out as incredulous (mixing cultures/languages, misapplying the intent of words, place names).

As an editor/reader, I am comfortable with recognisable names and place names (in the case of place names, I have always felt that it is natural for cultures to describe places by what they are, or where they are – Reedy Creek, Rocky Peninsula, Ash Town).

However, in this approach the author must research their choice of names carefully, remembering that despite the story taking place in a make-believe world, using real-world names comes with baggage – use it consistently, sensibly, sensitively.

With the creation of absolutely new names, writers should still build a reasonable set of rules to the language. It really makes a difference. J.R.R Tolkien was the best at this, which is hardly surprising since he was a Professor of Linguistics.

The man really did invent languages from scratch, often derived from real-world ancient languages. I don’t expect this degree of skill in a submitting author (oh how I wish, though!), but a bit of research always helps.

I’m cheating a bit by combing two ‘sins’ but they do relate to each other in a number of ways. Also, this is a category that is more related to publishing operations than writer techniques.

When submitting a story to a publisher, the author must be mindful of all factors that work for, and against, acceptance. Not all of it is the plot, characterisation, theme, style and technique. The following should be seriously considered:

I hope that my experience outlined above can be of some help to some writers – or at least stimulate some thought. Publishers and editors are, by and large, decent, sensible people and via their training and experience, look for gems, but are also wary of weaknesses.

The points above are some of the more telling ‘weaknesses’ in manuscripts, and are often (even when there are just one of these points manifesting itself) enough to reject a manuscript early. For those of you who have a manuscript that may contain one or more of the issues listed here, I would strongly advise you to concentrate on addressing them, possibly considering some of my suggestions.