Over the past week or so I have focused rather heavily on reviewing some stories that touched on the topic of whether story (A) was true horror, or story (B) was ‘dark enough’ to be virtually horror. 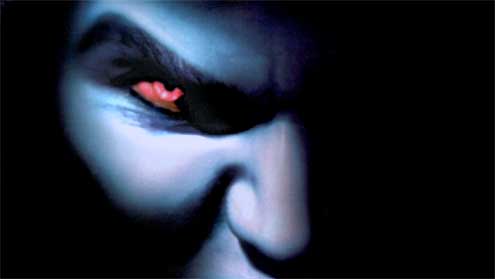 More specifically, there were some stories that were written with a  strong fantasy bent but had dark moments, and even touched on subject matter that included werewolves and vampires – and I had to think hard about whether they were horror or not. I decided they weren’t. For two reasons.

But before I get to the specific reasons, I need to outline an outrageous (at first) concept: there are no such things as cross-genre stories.

I’m looking at this topic from the viewpoint of a speculative fiction writer – that is, someone who writes stories where things happen that can’t happen right now, or never. Traditionally, speculative fiction includes science fiction, fantasy, and horror.

Each of these ‘genres’ have, and continues to be, subdivided into sub-genres. For example, fantasy can include epic, heroic, contemporary, paranormal, historical, weird, and possibly steampunk, just to name a fraction.

Cross-genres are less well defined, but two of the only three categories in speculative fiction are ‘science fantasy’ and ‘dark fantasy’, the last being considered a fusion of fantasy and horror. The movie ‘Alien’, under this approach, would be an example of the third of the triple speculative fiction cross-genres, ‘science fiction horror’.

But then I got thinking. Are we really slicing and dicing story types correctly? Are we really comparing apples with apples? I don’t think so.

Science Fiction has a comprehensive history of self-definition, and while trying to avoid going into minutiae, it represents a true genre of literature where stories are concerned with events and circumstances that are largely possible within scientifically established or scientifically postulated laws of nature (drawn from Wikipedia).

Fantasy can be viewed as the legitimate genre antithesis of Science Fiction within the speculative field, where the focus of the story is on implausibility against human experience and science. Forgive me for generalizing, but I hope you get the idea.

Horror is different. It can’t be compared to Science Fiction or Fantasy because it can be found in both, and many other, genres. Horror is not a speculative fiction story type because, as so well expressed by the Horror Writers of America, it can be found in crime, thrillers, etc – in other words, it doesn’t have to be speculative in nature. Horror can be all too real – consider Psycho, consider The Lovely Bones.

If horror cannot be defined as a subset of speculative fiction, then what is it? The HWA defines horror as an emotion, and I agree. Not any emotion, mind you, but one that instils a strong response in the reader, in the form of fear, horror, revulsion.

If horror isn’t part of the ‘trilogy’ of speculative fiction, then the only remaining cross-genre is ‘science-fantasy’. In my view, this was always a problematic label because science fiction is fairly well defined. If it deviates, that is, when a story is set in space with magic being invoked, and gods making appearances, then it is a fantasy.

No argument from me. Okay, call it a ‘science fantasy’ informally to depict the fact that it has a stereotypical scifi setting (space, spaceships) and it also has stereotypical fantasy motifs (magic, gods, supernatural). But science-fiction it is not, so it can hardly be a ‘cross genre’.

That means, in my mind, there are no such things as cross-genre stories.

Now back to what spawned my thinking. The stories that I read were fantasy and were dark. Following my thinking outlined above, any fantasy can also be a horror story, as would science fiction, as would a piece of historical fiction. I believe the majority of horror stories would fall into the fantasy genre – Dracula is a contemporary/urban fantasy (when written), with the intent to horrify.

Frankenstein; or The Modern Prometheus, is a science fiction (when written), with the intent to horrify. Lovecraft’s stories are weird fantasy pieces, with the intent to horrify. There are also stories written that include classic horror motifs, such as vampires and werewolves, where there is little or nothing terrifying, horrific and disturbing. They are not horror. Perhaps the Twilight Series can be considered an example here.

The two reasons why I rejected the paranormal stories I read as being horror are:

Criticality 18: Alliances of the Unholy