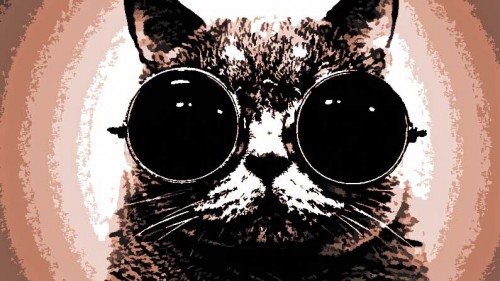 The Art of Illusion: I have written several articles in Angie’s Diary about good writing and genre writing – particularly in the light of my role as an editor. This article covers good writing again.

There are many ways to dissect the writing craft – or any art form – and this article approaches the topic from the viewpoint of the art of illusion.

Most dictionary definitions of ‘illusion‘ refer in some way to the practice of deception or misrepresentation. It isn’t confined to something negative. When one purchases a ticket to see an illusionist/magician on stage, one is entering the theatre expecting to be entertained, and where the audience is expecting – to some extent or another – to suspend their disbelief. The quality of the entertainment, and the extent to which one has to tap into one’s suspension of disbelief, is dependent on the skill of the illusionist.

A writer is no different. An author creates a story – with all its trappings and intent – within a fabric of illusion. The less emphasis on illusion (or lacking skill in the techniques) results in a work of less quality.

Writing a story does not entail replicating reality. One does not write with every ‘um’ and ‘er’ in speech, nor does one stage direct every movement and twitch of a character. One does not describe in detail every single object the POV character sees. It isn’t possible, and any attempt would result in a ludicrous manuscript. Writers pick and choose what to reveal to a reader, and it is the choice of what is revealed (and what is not) that determines the efficacy of the storytelling. Part of the technique of ‘picking and choosing’ is the ability to draw the reader into ‘filling the gaps’ – harnessing the reader’s imagination. This dynamic is exactly what the art of illusion is all about.

Other commentators may look at the breakdown of this topic differently, but the basic principles are universal. I choose to see the art of illusion in three layers:

The Technical aspects of writing

As already outlined, writers mustn’t get bogged down in detail. In many cases, the detail can be adequately (and lovingly) filled in by readers’ imaginations. No stage direction, no hyper-realistic dialogue, no overly long descriptions of objects/scenes/events. Good choice of words and phrases will invoke a reader’s imagination, and emphasis should be placed on atmosphere, tension (when needed), flow, and style.

Scene-changing (internal to chapters and at chapter breaks) is part of the pace of a story and is also part of creating the illusion. The gaps between the scene changes are fertile grounds for readers to fill with their own imaginations. Secondary characters, constructed with varying degrees of detail, come and go but do not represent all the people in the world, nor all who interact with the main characters – they are there enough to create the illusion of the ‘wholeness’ of the storyline (and point 3, world-building, below). Fight scenes don’t need full technical detail outlines in the narrative – just enough is needed to fulfill the readers’ needs and ensure the flow of the story is maintained. And so forth.

Finally, the backdrop is the world where the story is happening – physical, cultural, linguistic, historical. It can be our own world – the real world, or it can be something made up. It doesn’t matter. At the end of the day, it has to be created (or recreated) in the manuscript to be believable and yet not cumbersome to the reader. The only way to do this is with the art of illusion. A mountain range may be described, but it doesn’t necessarily need a lot of detail – and yet the reader will readily accept it, and it becomes part of the overall picture in the reader’s mind. What lies beyond the mountain is not necessarily required, and the reader is okay with that.

The same goes for metropolises, and the myriad of streets, alleyways, businesses, homes, etc. – and yet a story can flow on without the need for a reader to bat an eyelid—all with the help of creating the grand illusion.

I hope this short article helps view writing in a slightly different light. As a writer, I strive to perfect the art of illusion, and as an editor, I see where stories may falter due to weaknesses in this same craft at the three levels I outlined above.