Newspeak is no longer a literary hyperbole. Donald Rumsfeld excels in it. 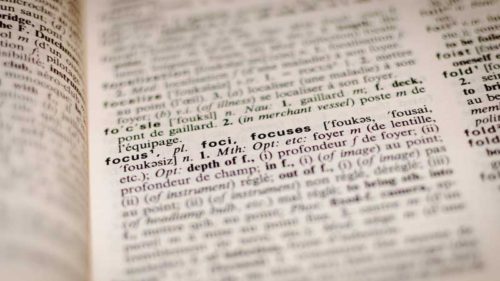 Language is a powerful weapon. Call a military mission, a police-training mission and the army suddenly becomes civilian.

To describe an invasion as ‘Lasting Freedom,’ war becomes peace. And if we call the victims of a bombing collateral damage, it does not sound like it’s about people.

Donald Rumsfeld, former defense minister of The United States, was aware, like no other, of the effect of his words during the many press conferences after 9/11 and the beginning of the War on Terror.

The fascinating documentary ‘The Unknown Known‘ (2013), the U.S. documentary filmmaker Errol Morris (From Oscar-winning ‘The Fog of War,’ about former Secretary of Defense Robert McNamara).

In The Unknown Known, Rumsfeld juggles definitions and statements. According to him, he was very busy thinking about `what words mean, what people think they mean, and how to use them to the benefit of the United States. This way, for example, torture of prisoners becomes ‘aggressive treatment.’

Both during the press conferences of the time, as well as in this documentary, Rumsfeld is a master in evading difficult or inconvenient questions. Or he simply contradicts something he has said before. Even though it’s on video, or in one of the many memos (snowflakes) with which he bombed his surroundings, Rumsfeld creates his own truth, and if it does not fit, he will simply rearticulate.

Language for him is not a means to clarify things, but to disguise them. It is clear that Rumsfeld in his long career (he also served as Secretary of Defense under President Gerald Ford from 1975 to 1977), has never been in favor of a passive attitude, “if you desire peace, be prepared for war.”

In his autobiography, Known and Unknown (2011), he writes that the removal of Saddam’s brutal regime created a more stable and secure world. With the advance of Isis, he will undoubtedly be able to fit comfortably into this way of thinking.

Jill Shure Feb 16, 2016 0
What Inspires You? I believe there's a universal mind that writers tap into when they create a novel or…
Science