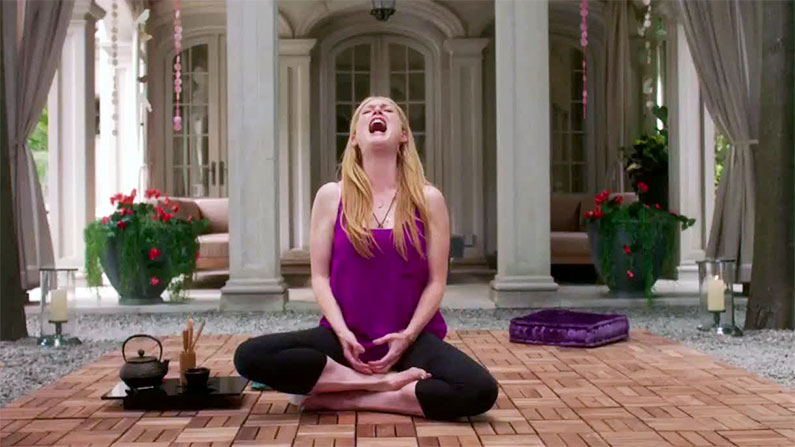 comes just in time for the centenary of Hollywood

How are the stars portrayed in movies about Hollywood? About the American Dream, incest, and shooting stars.

In Hollywood, right behind the Paramount studios, is a cemetery that bears the name Hollywood Forever Cemetery. Cecil B. DeMille, Jayne Mansfield, Rudolph Valentino, and Douglas Fairbanks are resting there in their immortality; in the firm conviction that Hollywood – and its legacy – will remain forever.

James Cruze, the director of three silent films about Hollywood, is also buried there. These films appeared in quick succession in 1923 – Souls for Sale, released by Warner Brothers. This movie was followed a month later by Columbia’s Mary of the Movies.

And yet three months later came Cruze’s Hollywood, released by Paramount. All three of them were about a girl going to Hollywood to – after some setbacks – make name and fame for herself.

The familiar ‘rags to riches’ concept that was immensely popular in those days. Films about ordinary people who achieve stardom. The cinematic version of the American Dream.

What these three films also demonstrate is how fierce the competition – and probably the corporate espionage – was among the early studios. Each of the movies was used to show off a seemingly endless list of cameo appearances from stars that were under contract at each of the producing studios. The star system had only just emerged around 1915 when feature films were becoming the standard as they received bigger budgets because of the export of American films to Europe.

Until about 1910, to cut costs, movies would feature only studio names, and moviemakers and actors would receive no credits. It was only when the audience started making up nicknames for popular, hitherto nameless stars, and fan magazines began to appear, that studios realized the benefits of cultivating their stable of star-actors.

One of the many cameos in the Hollywood film was the silent star, Gloria Swanson. More than 25 years later, she played the memorable lead role in Billy Wilders’ film noir Sunset Boulevard

(1950), about a silent star of middle-age who lives in the illusion that her fame is unbroken, while the outside world has, in fact, already forgotten her. Therefore, she never goes outdoor and locks herself in her haunted house of a villa. Other films of that period are about the immortality myth of movie stars, playing with the tension between (film) dream and reality, and focus on the background of the stars that Hollywood’s aristocracy has already yielded over several generations.

A Star is Born

(1954) is about the tragic love between emerging star Esther Blodgett (Judy Garland) and shooting star Norman Maine (James Mason), with a drinking problem. In reality, it was Garland who was unstable during the filming. She struggled all her life with alcohol and drug addictions because she – like her movie character – was constantly criticized for her appearance.

The psycho-thriller What Ever Happened to Baby Jane? (1962), featuring Baby Jane Hudson, a singing child-star whose life-size doll is for sale. In the film, we see Jane in her twilight years (played by Bette Davis) pursued by the ghost of her fame, as previously Swanson’s character in Sunset Boulevard.

Stars became a commodity, having to deal with the impossible ideal of beauty, aging, drinking habits while being replaced by a new generation. They were solid ingredients in these movies about Hollywood. Their somber tone coincided with the end of the golden age and the decline of the traditional studio system, accelerated by the advent of television.

With Maps to the Stars, David Cronenberg is just in time for another historic moment: the death certificate of the star system, precisely a century after its first manifestation. No longer is the value of a blockbuster determined by the associated names, but by the ‘brand’ of the superhero. Think of the many Marvel series (Spider-Man, The Avengers, X-men) or CGI characters like Godzilla and Teenage Mutant Hero Turtles.

Lately, in movies, Hollywood was already being portrayed as the home of the tumbling (The Artist, 2011), bored (Somewhere, 2010), troubled (My Week with Marilyn, 2011), or downright twisted (Tropic Thunder, 2008) movie stars. After that, it went down the drain with the outrageous comedy This Is the End (2013).

In Maps to the Stars, a script by Bruce Wagner (A Nightmare on Elm Street 3), it is again about a girl going to Hollywood, but she has no illusions about her chances of glamour anymore. In her wake, ghosts from the past appear. A cameo is this time for Carrie Fisher (Princess Leia from Star Wars, daughter of movie star Debbie Reynolds and singer Eddie Fisher), who makes no secret of her several addictions and disorders.

, whose sales have always been Hollywood’s core activity. Failing that, it has become an immoral place, where image and market value define relationships, reaching deeply into private life.

Where love stories of the past were passionate or tragic metaphors for Hollywood marriage between commerce and creativity, incest holds together Cronenberg’s Tinseltown.

No longer are barbers bribed for a hair lock of a star (as in Sunset Boulevard), but the star’s turd sells on the black market for $ 3,000.

An excellent example of pitch-black comedy, but at the same time Cronenberg’s most upbeat work. Precisely as a resident of the Hollywood Hills, the Canadian-born Cronenberg

knows how to evaluate the awkward relationship between man and stardom, dreams, and ghosts.