Energy and the High Price We Pay

Have you ever thought about that exorbitant power bill you receive from your energy provider?  What exactly are you paying for?

We are all being browbeaten into reducing the amount of electricity we use in our homes, and yet the bills keep on rising – why? Couldn’t be mere greed on the part of our suppliers, could it? Oh silly old cynical me. 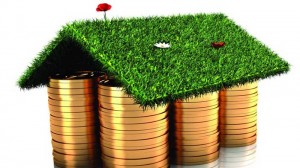 Governments seem hell-bent on spending millions on nuclear-powered electricity generation despite knowing just how dangerous it is – think Fukushima.  They advertise nuclear under the banner “clean energy for all”. At the same time we are still buying gas supplies from the other countries at a ridiculous cost.

Anything nuclear is not clean, it’s downright dirty. And as for gas, it’s slowly but surely running out!

Solar, wind, hydro and wave generation are clean, each of these harvestings a totally renewable resource. Regarding the first two alternatives, especially here in the UK, there are a growing number of total dimwits who take up the cry – “not in my back yard” whenever a wind- or solar farm is proposed nearby!

Quite frankly I’d rather have a giant windmill spinning overhead, or have the south side of the roof above me covered in solar panels than be subjected to the very real scenario of being irradiated when a cheaply constructed and poorly maintained nuclear plant melts down wouldn’t you?

Regarding the whole solar panel alternative, most local councils refuse planning permission stating the old chestnut – solar panels are not aesthetically pleasing; god give me strength!

What makes me really choke is when despite us being told to limit our use of electricity, we see car manufacturers churning out their latest electrically driven automobile, enthusiastically backed by our governments, claiming that electrically driven cars are far greener than the old combustion engine powered ones.

If electricity for those self-same vehicles is being generated by either nuclear, coal or gas-driven power stations, how can it be seen as green? Unless the electricity generated purely waves, wind, hydro or solar-driven, it is far from being clean or green.

Now back to those over the top power bills I mentioned earlier. If our power supply was still state-run instead of being privatised, the cost to you and I would be much lower.

Have you ever wondered who actually does own your home energy needs? It ain’t your energy provider – Bloggs Power Co. They merely lease the product of the government-owned National Grid.

In all cases these days your energy provider consists of a set of offices spread across the country, farming out the office work to people like you and I who sit working away at home on their personal tax-deductible work stations, churning out your exorbitant bills, adding a percentage to cover the cost of their home office space, also tax-deductible.

“Aha,” I hear you cry.  “But when something goes wrong they send someone out to fix the problem.”

Yes, they do, but it will be a subcontractor operating under their umbrella logo working on a percentage.

Don’t believe me? Try phoning your supplier or even emailing them. I bet you anything you like you will not communicate with the same person twice, nor will they be in the same geographical location as the previous person. If your energy bill comes through your mailbox, check the sender’s address as opposed to the head office address, not once, but every time it arrives.

A few years back I swapped energy providers – why, because the former one had overestimated my energy use to the tune of £1500. A protracted argument with them finally ended in them having to return the money back to my bank account.

By the by, when did you last see a meter reader on your street? All of today’s energy providers guestimate how much you use. So why bother listening to them when they tell you to cut back on how much you use while presenting you with an energy bill based purely on guesswork on their part?

Is it any wonder we are all being taken to the financial cleaners by these leeches – I think not?

“Save energy to reduce your energy intake and lower your bills, saving the world at the same time”.

Yeah right, pull the other one, it’s got bells on.

Mr. Politician, be brave and re-nationalise our energy supply. You all bleat on about the current fiscal deficit. Just think how much money you are not currently collecting from the sale of energy to us, which could have been put towards repaying the national debt incurred, not by us, but by greedy investment bankers. You get high energy bills to, just like the rest of us.

It’s time for common sense to rule rather than pandering to the money-hungry methinks.

The Most Brilliant Con Game Ever Devised