The Most Brilliant Con Game Ever Devised

Further to my piece on bogus mission statements comes the equally bogus notion of your personal carbon footprint.

Once well meaning, but sadly deluded scientists, had convinced their respective governments of their mistaken belief that somehow man was responsible for global warming, governments and big business immediately began devising ways of making money by praying on your ignorance and gullibility. 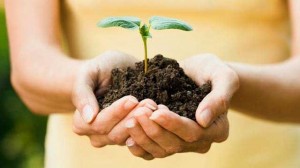 While it is undeniably true the Earth is experiencing a period of warming, what is totally unpalatable is that big business, backed by devious politicians, looking for a new election platform across the world are making money out of it.

What a brilliant scheme carbon footprint offsetting has turned out to be. You have to take your hat off to whoever it was who came up with this latest licence to print money.

Pray on a gullible nation’s conscience long enough by conning them into believing that the increased amount of carbon in the upper atmosphere is somehow their fault, and they will pay for it through the nose, feeling guilty for something that is not their fault!

What a totally brilliant con game.

In recent years, companies have been set up purely to make money from the whole global warming fallacy. Stock markets trade on it making gazillions. Airlines pay vast amounts of money to displace the miniscule amount of carbon they create each time they take to the air, carrying you to your holiday destination.

Hallo! Paying money for purportedly creating tiny amounts of extra carbon, won’t eliminate that self same carbon – sorry! There is no magical industrial vacuum cleaner up in the stratosphere sucking it all up!

All that paying money to ease your conscience does is to line the pockets of a whole new money making industry created around the mythical carbon concept.

Fact – the Earth periodically shifts from cold periods to warm. It has done for millions of years. It will carry on doing so long after humankind has died out and been replaced by a new dominant species.

Fallacy – It has nothing to do with you.

For God’s sake folks – WAKE UP!

Derek Haines Oct 17, 2012 2
Promoting self-published books and ebooks in an already crowded and competitive market is hard work. Unless you…
Writing