If whoever first coined the phrase could only see how the laws of the land are currently being freely interpreted by judges today in the UK, they would simply say – “told you so!”

To all criminals within the European Union, I bid you welcome to the land of sheer stupidity! Feel free to commit any crime you care to name. If caught, you may have an enforced holiday for a couple of years in a well-appointed centrally heated bijou room, containing a television and games console among other things as well as three meals a day, all paid for by the taxpayer.

Time and again whenever someone, be they British or from foreign parts, is found guilty of a violent crime worthy of a lengthy term in prison, despite the judge publically pronouncing the maximum allowable sentence, most of the time the convicted felon will only serve barely half of it. If the judges knew full well that under the law the convicted felon will never serve the complete sentence, why say it in the first place? Come to that, why does life only mean ten years these days (which in reality is often less, thanks to the nonsense of time off for good behaviour), instead of the natural lifespan of the convicted prisoner? 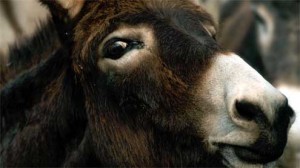 We now have a worrying number of instances where judges are totally ignoring the government’s directive regarding the instant deportation of violent foreign criminals. Currently if they match a particular set of human rights’ criteria, they can remain in the country, not only during their prison sentence but also on their release. Why? Because all they have to do is say that they have family living here! So what I hear you cry? Deport their family along with them. Sorry, it can’t happen under the present laws, simply because it will infringe their basic human rights as enshrined within EU laws.

What about the human rights of the victims and their families? No one seems to give a damn about them!

These days we also have an increase in the numbers of armed gangs of feral youths freely shooting people on the suburban streets of major cities like London, knowing they will get away with it thanks to the government’s cost cutting measures which have dramatically reduced the numbers of frontline police – not that you will normally see a policeman or woman walking the beat in the suburbs anymore. Plus, we have to worry about whether or not that new person recently moved in next door is a convicted felon or not, being re-housed by the State!

While it’s fair enough that the victims of despicable sex crimes and their families remain anonymous, we are also being told that the practice of naming and shaming a suspect prior to them being brought to trial, no matter what the outcome may be, must now end as it goes against their human rights. One particularly individual actively pursued young women like a predator for years to satisfy his sexual needs. While his proclivity was well known, the system was loath to publicly expose him, let alone bring him to trial. His reign of sexual terror only became known after his death. If the authorities had exposed him forty years ago, so many women would not now be seeking recompense. Some of them reported being raped by the individual in question at the time, but the police simply dismissed their statements simply because he was a knighted major celebrity.

In my experience, usually there is no smoke without fire…