The Prime Minister of the United Kingdom, David Cameron, was defeated in parliament when he put forward a motion that the UK should join the US in military action in Syria.

The majority of the country saw through his thinly veiled attempt at making himself popular with the United States, leaving the majority of our politicians with no choice but to oppose him if they wished to be re-elected. 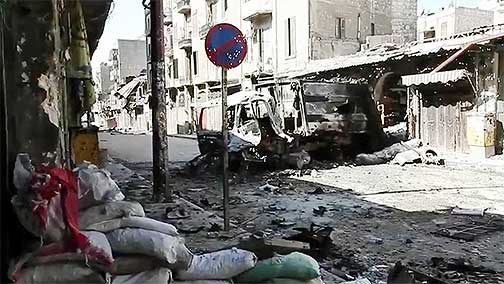 The fact that he and other leading politicians in the west were looking for an excuse to become involved in what is nothing more than a local fight for power and religious dominance in Syria between the Sunni and Shiah factions of Islam, under the pretense of coming to the aid of the Syrian people on humanitarian grounds, merely because chemical weapons had purportedly been used by the Syrian government – something which at the time of writing this was still to be proven conclusively by the UN weapon inspectors, simply beggars belief.

For Senator John Kerry to claim that the Syrian chemical weapons presents a direct threat to the continental United States is complete hogwash and nothing more that scare mongering, designed to gain already flagging public support for a military strike. Chemical weapons are extremely unstable and are only ever used locally rather than internationally, a fact Kerry conveniently ignored.

Since Oliver Cromwell executed a lawful king (Charles the first) to take political power here in the UK, back in 1649, briefly becoming Lord Protector of the short lived Commonwealth of England, politics has continued to be a growing cancer that no nation can afford. But what is the viable alternative? Indeed is there one which is good for the world’s nations? Humanity has  tried being ruled by Emperors, Kings, Queens and Princes for thousands of years. None of them did the country they ruled any good.

Since the turn of the twentieth century millions of people have died in two terrible World Wars, and countless so-called police actions like Korea. With one or two exceptions, after a few decades everything returned to the way it was before war was declared,

Take Iraq, Libya and Afghanistan as the three latest examples of outsiders interfering in the local affairs of sovereign nations. Since the UN left Iraq, the situation has reverted back to the way it was when Saddam Hussein was in power. In fact it has worsened since religious factions have begun to fight each other, and minorities like the Kurdish tribesmen living in the north on the border with Turkish Kurdistan. When Muammar Gaddaffi was toppled in Libya, the west briefly rejoiced, then promptly lost all interest in the country. Since then it quickly fell apart allowing chaos and religious division to rule. In Afghanistan, once the last troops leave, the Taliban will return. So you have to ask yourself, why did the west think it would be a good idea to invade these three countries?

Quite frankly I’m surprised that the US and its allies haven’t invaded Egypt before now, given what is happening there.

No major nation like the US, China, Russia, or secondary nations like the UK, Germany or France has the right to enforce its political will on any other nation. What a nation does within its own borders is its affair, and has nothing whatsoever to do with anyone beyond its borders, unless it physically crosses a border to invade its neighbour.


Be under no illusion that there is no such thing as an altruistic politician. Without exception, anyone entering politics does so for the purpose of self aggrandizement and the need for power, not for the good of the nation which elected them…