This morning, I saw a homeless bulimic begging on a street corner, holding a cardboard sign that read, “Will vomit for food.”

Since the scandal of New England Patriots cheating in the play offs. A Tom Brady jersey is the most embarrassing of all jerseys to be seen in…well, besides New Jersey. 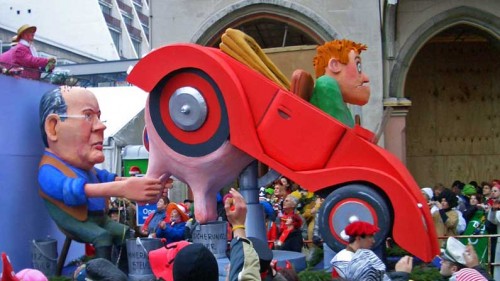 North Carolina is now ranked as one of the top ten fattest states in the entire country. You’ve heard their slogan? “First in flight. Sixth in morbid obesity.”

A barista is suing Starbucks after unlawful termination for 6.2 million dollars. In other words, two venti lattes and a grande frappuccino.

A new study showed that Avg obese Americans’ least healthy food choice is cake. This study was demonstrated with a visual aid which happened to be a pie chart and was immediately attempted to be placed on a plate and eaten.

Taylor Swift is doing a collaboration with Eminem making it completely unappealing to fans of either.

Jennifer Lopez published her new book called “True Life.”
So if you’re a fan of J-Lo as well as a fan of literature then…no I doubt that’s too likely at all.

Chris Christie was asked his favorite card game. He replied, “Well as you may recall, I’m not too good at playing bridge.”

Do you have the new iPhone6 yet? If not, you better buy one soon because you’re not gonna see Apple release another upgrade for another 2 or 3 weeks.

A man who owns a private driver’s Ed school named it after Fast & Furious star Paul Walker. But now he wants to change the name because it gives off the wrong message. Why? Keep the name and it turns it into a funeral home.

Amazon’s current Top Selling Do-It-Yourself Books are dominated by “Complete Idiots Guide” series books. That’s until the competitive series of books “for dummies” realizes their next title should be about throwing your voice without moving your lips while operating a puppet & call it, “Ventriloquism For Dummies.”

“Dancing With the Stars” ratings have been increasingly dropping the past few years. As a gimmick to gain back viewers, producers are considering that next season the competing cast members that are dancing will also be stars.

James Franco said today that he will never host another award show again. He added that there’re too many other things he wants to do horribly just once.

Today it became clear that Chris Christie wasn’t a Jennifer Lawrence fan. He was asked so far, what’s his favorite of all the Hunger Games? He replied, “I have a fun game when I’m hungry for a Domino’s Pizza, I call & order a Domino’s Pizza.”

In Detroit the winner of the Jackpot Lotto requested to keep his identity a secret. But I have a guess it’s the only person that rented a U-Haul and never returned to Detroit.

Homeless people are reportedly the most honest people in America. In fact, I saw one find a wallet on the sidewalk this afternoon, and he said, “I do not feel guilty about keeping this.”

According to a new poll, six outa ten Patriots fans are glad the Patriots are going to the SuperBowl. So are ten outa ten SeaHawks fans.

After an oil spill in Yellowstone River, the Governor declared Glen Dale City to be in a “State of Emergency” opposed to it usually just being in the state of Montana, which is far less urgent & alarming.

New York Times Economist, Paul Krugman is revising the 2nd edition of his bestselling book he wrote on the topic of filing for bankruptcy. Spoiler Alert: Plot twist occurs in Chapter 11.

According to an article in Cosmopolitan Magazine, “Booty Pop” is the new ‘Wonder Bra’ like invention for women’s backsides is the biggest fashion craze of the season. It comes in 3 sizes: Small, medium, & Kardashian.

New results from Steve Jobs’ autopsy report indicate that the cause of his death was simply imitating an iPhone battery.

In an interview today, the New England Patriots’ spokesperson defended accusations of cheating made by the Indianapolis Colts with illegal football deflation by saying, “Anyone who’s bought the increasingly expensive tickets to our games over the years are surely tired of inflation.”

In a new article with Rolling Stone Magazine, Lindsay Lohan reflected on repeatedly missing her cue on stage last summer while premiering in a London play. It marked the first time she’s had trouble with lines that didn’t involve a straw in her nose.

As part of his pre-presidential campaign, Jeb Bush is scheduled to do a public appearance on the boardwalks of Miami, Florida next Wednesday. Usually, their beach-goers have to look at peoples’ feet to see a flip-flop.

Seth Rogen was arrested in Portland for illegally possessing marijuana. The news was shocking to anyone who knows nothing about Seth Rogen or Portland.

Riots unexpectedly broke out in Indianapolis last night. Police decided on using tear gas but were all out. So instead, they just showed the crowd a replay of Sunday’s Playoff Game with the Patriots.

Spice Girls announced an upcoming reunion tour celebrating the 20th anniversary of their debut album.
Since they’ve aged a bit, some will change their stage names to be more accurate. Example: “Baby Spice” will now be “Old Spice”. Her bandmates said, “Don’t sweat it.”

In the beginning, there was nothing. Then God said, “Let there be light.” Then he said, “Sorry, I didn’t see ya standing there, Larry King.”

Larry King was named after the Big Bang…Shortly after.

Paris, France was listed as one of the world’s priciest places to live in 2015. Example: A pack of cigarettes costs $26. And, a bar of bathing soap costs…Well, no one’s sure.

Today the Pope traveled across every inch of the Vatican visiting devout Catholics. He was accompanied by 2 of his closest Bishops. But it took them exponentially longer since they could only move diagonally.

Dreamshield May 26, 2010 1
Travel with your Dream Body Learn to dream consciously Conscious dreaming gives you a great feeling. If you dream…
Society