Methinks it promised so much Horatio, and yet…

In the commercially driven world of British television today, we are given so much choice when it comes to quality viewing on so many channels, or are we?

For those of us who do not wish, purely on principle, to contribute monthly to the wealthy bank balances of Sky or Virgin Media or any of the other ‘pay to view’ systems currently available, there is Freeview. It does what is says on the tin here folks – it gives us free access to hundreds of Television and Radio channels.

However while it does offer us a plethora of choice, in reality Freeview is nothing more than a dumping ground for shopping channels and all the others dumped by their originators, simply because they do not turn a profit, or rather, attract large numbers of viewers, essential to the ratings system.

And now we come to channels like ‘Yesterday’, purportedly a history channel, or Film4, a channel dedicated purely to film – the clue is in the title in both cases here folks. 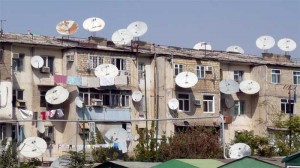 Take Yesterday for instance. While I applaud the idea of a channel dedicated to the subject of history, what I do not appreciate is the continuous and endless repetition of programmes under the banner of Yesterday. Surely there are far more programmes of a historical nature than the dozen or so, currently on offer. And while I’m on the subject of history, where exactly does repeating the excellent BBC programme Antiques Roadshow under the Yesterday banner fit within the category of history? It’s about antiques for heavens sake!

What about Film4? This channel is even worse when it comes to endless repeats of maybe at best twenty films in their archives which quite frankly where so bad when they were originally screened that mercifully they simply disappeared. Oh no wait a minute here they are alive and well, resurrected from the film graveyard on Film4!

Ah I hear you cry, but other channels offer films to.

I agree with you, yes they do. But if you bother to check the titles instead of merely sitting in front of your television with your brain switched off,  you will find that all of the television channels simply pass around the same twenty or so films amongst themselves under the subheading ‘New to this Channel’.

I mean really, how many times can you watch a film like Doctor Doolittle, starring Rex Harrison( circa 1967), or maybe Independence Day starring Will Smith and Jeff Goldblum(circa 1996) before you cry “Enough already!”

While I’m on the subject, who in their right mind wants to watch channels like ‘bid tv’, or ‘Ideal World’, or maybe how about mindless drivel like QVC?

I know the system is called Freeview folks, with the emphasis on the ‘free’ part, and I know it is the latest means of giving us choice here, but really there are limits!

At least with the Freeview system and the digital technology now slowly replacing the old analogue one, I can now settle down in the evening to watch quality BBC programmes on the Beeb’s best channel BBC4.  Wait a minute though. Even they have stepped aboard the repeat bandwagon of late.

Now that’s my idea of repetition…

Remember: Keep Them In Your Heart