If any of you have had similar experiences to mine with Internet providers, leave them as a comment below this article. I would love to hear about them.

I don’t know about you, but if there is one thing I simply cannot tolerate it has to be utter incompetence, combined with mind numbing stupidity.  I am being subjected to both by one internet provider here in the UK, even though as yet I am not connected to their network! When it comes to good customer relations, this particular company leaves much to be desired! Now read on… 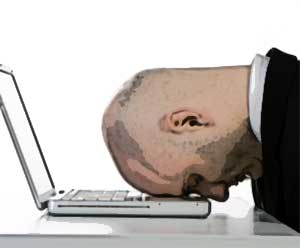 My current provider rips me off financially every month. So after putting up with it for three years – I know I should have changed providers ages ago (a case of better the devil you know or just laziness on my part), I finally decided to look around for a better deal. Through a good neighbour I found one, or so I thought. While their offer is hard to beat, when it comes to them actually holding to their side of the deal, they leave a lot to be desired.

They promised me faithfully that I would be hooked up to a fibre optic Home hub WiFi system on the ninth of August, three weeks after my neighbour had called them to set the ball rolling! To give them their due – one of their engineers did turn up for all of a half hour on the given day. But all he did was replace the face plate to the telephone line junction inside the house. He told me that he could go no further because the house was not connected to the phone line system, claiming that it should have been done on the day before, the eighth.

Sending out a lazy jobsworth was their first mistake. All he had to do was go to the main terminal for the street and sort things out for goodness sake! Mistake number two on their part was thinking that screwing with me was completely acceptable!

As my neighbour was acting on my behalf I told him what had happened. After arguing with one of the company’s faceless moronic bureaucrats in one of its countless offices across the land, he finally got them to send someone to actually connect the house up. It made a pleasant change when a thoroughly reasonable human being duly turned up on Monday the twelfth of August to do the business, only to find that the existing phone line to our street was working at its absolute maximum, leaving no room for me. So, he had to install a brand new dedicated phone line into my house. Thankful that at least one employee in the company was showing willing, when he needed a hand I didn’t hesitate to help him out.  Meanwhile my neighbour rang the company office once more to get a revised installation date.

While they rang me on my mobile to inform me that the new line was working and had been allocated its own phone number, to date little else has happened.

The problem is that instead of assigning one person in one branch office to oversee the entire transaction and installation, every time you phone them to stir them into actually going through with their side of the  deal, you wind up talking to yet another apologetic moron in another office! It will come as no surprise to many when I tell you that the company in question is a privatized former government department. It’s now Sunday the eighteenth of August. Yet again I have been let down by them. They had promised my neighbour faithfully that they would phone me with their revised installation date between 8 am and 6pm yesterday. Needless to say it didn’t happen! I will merely say this, there is a highly appropriate saying I remember from my time living in New Zealand that fits this particular company perfectly.

It goes something like this –  They couldn’t organize a pissup in a brewery! One last thing – Before I can go ahead and organize a Direct Debit for them with my bank, I  have to wait until I receive the first bill from them before I get to find out what the account number will be! Am I going to name the company? No way. The last thing I need right now is to answer a defamation charge in the law courts! Aargh- give me strength!!!