The romance and young adult (YA) markets are two of the most lucrative markets in the publishing industry today.

While teenagers may not necessarily find themselves drawn towards reading traditional romance novels, nonetheless, their interest is almost certainly piqued by compelling romantic elements in YA books, particularly in fantasy novels. 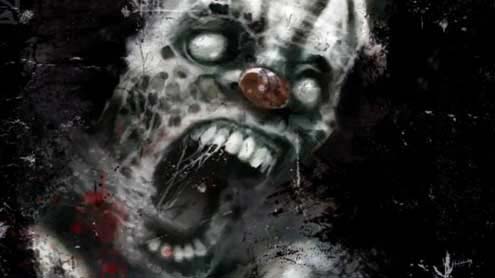 In the new millennium, there has been a notable spike in young readers’ interest in paranormal romance literature. Everyone knows that Stephenie Meyer’s vampire-romance Twilight series became a huge hit and turned into multi-million dollar movies.

Then again, not all teenagers are keen to read about vampire romances

. An article that came out in June 2011 in The Wall Street Journal, which described contemporary fiction for teens as “rife with … depravity” triggered much controversy.

The author of the article, Meghan Cox Gurdon, commented on the debate that followed the publication of her article. In an email interview with Publishers Weekly, she expressed: “What has most surprised me is the degree to which people have leaped off on tangents, and then tried to skewer me for things that I didn’t say.

It’s almost comical how quickly a discussion of the content of books turns into wild-eyed accusations of censorship and banning.” Gurdon clarified that her article “… was not about YA literature in its whole but about the lurid elements of a growing number of books within the genre”

Without entering into a full-on discussion of this current debate, it can certainly be argued that a lighter shade of paranormal romance literature may better suit some young adult readers.

, and many more facets. We can begin by listing the following subgenres that fall under the wide term “paranormal romance

An in-depth discussion of these subgenres of paranormal romance literature would go beyond the scope of this article; so instead, I’d like to briefly touch on the ever-popular “time travel romance” novels. Time travel romance novels have been around for centuries. They have wide appeal to teenagers, young adults who, full of dreams and aspirations, angst, and hope, may find themselves wishing they could live in another time as they daydream at their desks in school.

There are a great many things to bear in mind when writing time travel romances for teens; namely, the plot, issues, and characters should appeal to teenagers and the imagery and language must be graded according to the age group (12–18 years).

Also, even though you may think you have a free-range as an author of a fantasy novel simply because it is a “fantasy”, you should do some fact-checking and research to ensure that if your novel refers to certain places and time periods on earth, there is geographical and historical authenticity at the backbone of your creation. Once that has been established, then you are free to wander away into the realms of fantasy.

For example, when I was revising my first YA fantasy novel, I consulted a British historian to check, for instance, how long it would take to travel from Mawgan Porth in Cornwall, England, to County Cork in Ireland in the fifteenth century when there were no motorized vehicles.

You may have some leeway as you create your fantasy romance novel for teens, because it is, after all, a fantasy creation, but as with all good writing, you should be aware of the structures and norms before creating outside of the box.

Finally, it’s vital to be true to your own voice as you write your YA paranormal romance novel. Young adults want to lose and find themselves when reading novels, and, while books such as the Harry Potter series and the Twilight series may have whetted the appetite for YA fantasy literature, it is essential to not just attempt to create a Harry Potter “read-alike”.

Each author has their own yarn to spin, and teens are quick to detect anything that smacks of copycat literature. I can wind up by saying that if you are a writer who wants to venture into writing paranormal romance literature for teens, you may, in fact, be surprised and delighted by all the positive feedback you receive from the multitude of adults who, secretly or openly, also enjoy this YA genre.

Barbara Burgess, a Canadian author from Montreal, comes from the literary line of C.S. Lewis. She had as her thesis advisor at McGill University, a professor who had studied with C. S. Lewis at Oxford. She currently teaches English and works as a freelance editor under her company name, BurgessWrite. She is also a book reviewer.
Her YA fantasy The Magic Manuscript: The Nine Companions was published by Sulby Hall Publishers in June 2013. Her first YA fantasy The Magic Manuscript: Book One - Voyage to Eve Ilion, was published by Piraeus Books in 2011.