“I was pregnant with words from the day of my birth. They seep through my pores and melt into my blood, swimming downstream to find release in the ocean of the blank page. Words are my heart . . . my body . . . my passion . . . my only possession.”

The second Hiranya lifted her pen from the gray white paper; the crippling reality leaped up and licked her face with unwanted attention . . . the chilling . . . the aching . . . the shutting of lips too swollen to speak, to inoculated with fear to believe in their own unique use of the tongue.

She could smell his obsessively clean scented face a marathon away. His mouthwash breath was tainted with liquorous oat, barley and hops. Her body armed itself in false security, tension wrapping around her spine like a funeral procession for God.

Hearing the front door shutter she shoved her cloth bound journal under the king size mattress, tossed the ball point in the drawer, turned off the bedside light and smuggled herself under the comforter playing opossum. 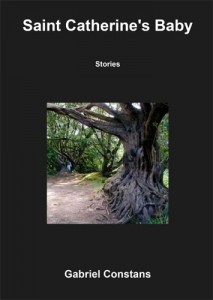 Within the time it takes to crack a leather whip, Hiranaya’s core could turn as cold as the North Sea or as sensitive as a blind bat in flight. Her mind decided which defensive mode to employ and often chose both, leaving her in a state of adrenaline induced myopathy.

Clarence strode into the bedroom feigning consideration until his pulsating ego skipped a beat and he flicked on the blinding hundred-watt bulb affixed to the ivory- speckled ceiling. Hiranya aroused her eyelids from their fake slumber, raising a wafer thin forearm to protect her constricted pupils from seizures of sudden illumination. Her tired, bloodshot eyes peeked between her fingers and saw Clarence’s sadistic grin. “Surprise!” he bellowed, holding up a rectangular package tied with yellow silk ribbon. He couldn’t keep his dimples from dancing as he paraded masterfully to the bed and sat with practiced precision, making sure not to wrinkle his iron creased slacks.

Hiranya’s muscles flinched with history as the fumes from his alcoholic travels invaded her nostrils. “Play along,” her mind whispered. “It’ll be OK.” Her knotted thighs tight as a spring and stomach turning sour as curdled milk, told her otherwise.

Revealing his smooth incisors he offered the prize of condolence. “Here. This is for you.” A flash of something wicked quivered at his temple, darted below his crystal blues and snapped with a spark at the corner of his plastered smile. He gently brushed some strands of mahogany brown hair from his poster boy mug and shifted his two hundred pound carcass from one hip to the other.

She hesitated. “Don’t you want to know what it is?” he baited.
Uncovering her adjusting eyes and placing her recently mended arm on the covers she replied, “Of course.” Gingerly she removed the package from his hand, as if taking food from the claws of a sleeping vulture.

As she began to unwrap the appeasing token he was so anxious for her to undress, she asked, “Where have you been?”

A flame ignited, desecrating his beatific face into an ugly semblance of humanity as his eyes burned with the devils own. “None of your damn business; just open it!” She fumbled nervously with the ribbon. He grabbed the offending article from her palm. “I’ll open it, you moron!”

While he raped open the package she breathlessly inched away. A few millimeters of distance could mean the difference between common catastrophe and total annihilation.

Having thoroughly plundered his offering and discarded the torn paper like used Kleenex; Clarence thrust a two-bit, thrift store journal in front of her nose. Hiranaya gasped as oxygen played a game of hide and seek in her lungs. “What’s wrong your Highness, not good enough for you?!” he sneered.

Reaching haltingly for the gift, she ventured a faint, “Thank you.” As her trembling hand grazed the plastic cover he drew it away and hurled it at the freshly painted army green wall, where it burst open and fell to the floor.

He stood so violently that Hiranya’s involuntary reflexes of swallowing and blinking went on sabbatical. “You take me for a fool?!” he surmised. “Where’s that crap you call writing?!”

He yanked open the dresser, savaged the walk-in closet, tore the corners of the thick shag carpet from their tacks and smashed the night stand drawer over the lamp when his search failed to produce her lifeline to sanity.

His grotesque, turbulent form careened like a runaway train towards the bed, crash landing with venomous intent. His large, grizzly sized paw grabbed her by the throat and slammed her skull against the headboard. His knuckles turned white. The calluses of death rubbed her heart like sandpaper. Then she heard laughter . . . distant laughter making its way up the shifting sands of her skin like a side-winding snake on a dessert dune. The hand that held her in death’s caress was gone.

Clarence was on his knees, laughing mischievously as he reached under the mattress. She bolted upright gasping for her dearest friend . . .air. He held up her journal triumphantly. “You little cuss you. It was right under my ass all along.”

Against all caution and common sense she grabbed for the journal. He slapped her hand as if it was an infected mosquito, shook his head and admonished, “No no no . . . finders keepers.” She reached out once again, catching only his surprise.

“What’s this?” he dangled the journal like a carrot, answering his own question, “It’s garbage; useless garbage from an ungrateful slob. Oh yes,” he nodded, “I read every stinking lie in here.”

He rose to a crouch and concluded his literary court martial. “Don’t worry, it’s good for something. It should get the fire going on a cold night like this.”

She abruptly pounced from the sheets, snatched the journal from his disbelieving hands and darted into the closet. Closing the hollow door, sliding to the floor with her back to the wall and crushing the journal protectively against her breast, she awaited her sentence. Her blood changed color as she heard his hissing respiration’s boil with rage.

His polished black patent leather shoes squeaked loudly as he approached. The latch clicked. The door opened. A flood of fluorescent light smothered her senses until being eclipsed by his massive frame.

“Give it now or I’ll wring your scrawny little neck!”

A rumbling thundercloud moved upon her. She felt her body take the blow and hit the floor. She heard his footsteps and the tearing of paper as he slammed the bedroom door and casually made his way downstairs.

There was nothing left between her fingers except splintered space. She clutched at the emptiness as she lay on the closet floor and silently prayed, “I was pregnant with words from the day of my birth”.