Father’s Day is upon us like a hitter racing for third base, sliding face first into the muddy mat.

Holidays fast approach and swiftly pass, unnoticed by some and sold by all; ads clamoring for attention. How about that old standby tie or aftershave? How about cologne? Or jewelry or a video game?

Who gets the present for the man who has outlived his child? Who thinks of the man who nurtures the child unwanted by family or scorned by society?

What of the child who has only a memory or not even that of a brave dad who never returned from a war he never wanted to fight but did so his family could be safe? 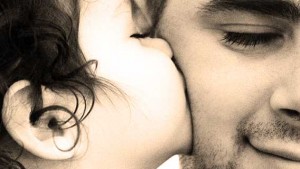 What of the man who loves his children but because of divorce his children are a token for income only, thank you very much, Mr. Sperm Donor.

There is so much heartache because of missing men in children’s lives. Some are regrettably so through no fault of their own. Death comes to all but to some too soon leaving little lives and hearts bruised and aching.

Then too there are children who are left bruised and beaten by fathers and other males in their lives. How to understand the heartache of so much sorrow? Mankind has so much to celebrate and too often throws so much happiness away because of selfishness.

Father’s day is to celebrate our love for the men in our lives:

Father’s Day is a celebration honoring fathers and celebrating fatherhood, paternal bonds, and the influence of fathers in society. It is celebrated on the third Sunday of June in many countries and on other days elsewhere

Father’s Day, in the United States, is a holiday (third Sunday in June) to honour fathers. Credit for originating the holiday is generally given to Sonora Smart Dodd of Spokane, Washington, whose father, a Civil War veteran, raised her and her five siblings after their mother died in childbirth. She is said to have had the idea in 1909 while listening to a sermon on Mother’s Day, which at the time was becoming established as a holiday. Local religious leaders supported the idea, and the first Father’s Day was celebrated on June 19, 1910, the month of the birthday of Dodd’s father. In 1924 President Calvin Coolidge gave his support to the observance, and in 1966 President Lyndon B. Johnson officially proclaimed it a national holiday. Observance on the third Sunday of June was decreed by law in 1972.
Although it was originally largely a religious holiday, Father’s Day has been commercialized with the sending of greeting cards and the giving of gifts. Some observe the custom of wearing a red rose to indicate that one’s father is living or a white rose to indicate that he is deceased. Other males—for example, grandfathers or uncles who have assumed parenting roles—are often also honoured on the day. Some Roman Catholics have continued to observe the feast day of Saint Joseph, on March 19, as a tribute to fathers.
Copyright © 1994-2009 Encyclopædia Britannica, Inc. For more information visit Britannica.com.

In my formative years, my father figure was my maternal grandfather. He had been a small, wiry man who in his young years was a horse jockey, then a mechanic, followed by a small stint as a businessman before early retirement caused by kidney problems. Medicine has advanced in the seventy years from the inception of his disease which at that time was debilitating.

My grandmother was the breadwinner in the family as she tended to the apartment building we lived in, in Brooklyn, New York. She was the official Superintendent and janitor and general all around maintenance crew.

My grandfather was the caregiver. He was the one to mop up the tears or bandage the scrapes. He was also the one to tell us the stories of God’s love for mankind and His vision for a paradise we may only get to see after we pass from this lifetime. He told us of Joseph’s love in the young Jesus’ life and the importance of a dad, one who was appointed by God, maybe not through blood but through love.

My grandfather took his responsibility as a nurturer very seriously, being there for my brother and myself until his death when we were ten and eleven and he seventy-two. We took Grandpa for granted but missed him deeply when he died. I don’t really remember buying him anything for father’s day but he was always crowned “King for the Day.” This was an honor brought forward when my sons ‘served’ their dad his wishes for that day.

I’m not sure if we did not have the money to buy presents for my grandfather or if it was a tradition handed down, crowning him king, to honor the man we loved as a father who truly was a grand father. May you all be blessed with that special man in your life.