I was working on the next installment in the series that started with What I wanted in a Husband and what I Got and realized that Valentine’s Day was right around the corner and this year is a special year ~ after 45 years together, he is buying me a present for Valentine’s Day.

When we were first married, I should have known that he would not be giving me presents.   My first clue was when he told me to go pick out the wedding rings myself.   After all, he was paying for the honeymoon.

For the first ten years, I was emotionally hurt that he did not physically pick out a present and hand it to me.   I was told to go and get something.   After ten years, {I’m a bit of a slow learner} I realized that I actually was getting the best of presents because there was no limit on what I could buy for myself.  Who better to pick out what I wanted than me, myself?!

{Exception was our first year together, for my birthday, he gave me a dozen diapers; I was pregnant.  He says he gave me a sweater too but I don’t remember the sweater – I wonder why?}

Not that I broke the bank on my gifts anymore than I did when giving gifts to others.  I always tried to find out likes and wants and what I could afford was hopefully a gift that pleased. 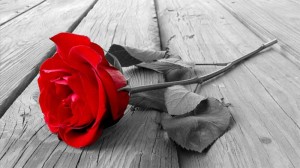 For myself, when I was younger, it was art supplies or supplies for the hobby of the moment; as I got older, it was jewelry, or scarves, or hats. Or shoes!  My husband says I have as many as that Marco woman but he is very wrong ~ I have a pair for each day of the month but since that’s all seasons, that breaks down into one for each day for a week.

After the second bout of breast cancer {I refuse to capitalize that monster} I found living with lymph edema, I am unable to wear my rings or necklaces; that includes my wedding ring that I picked out and the second set of rings we picked out together for our 25th anniversary which our children mostly paid for ~ making those a family gift.

Most of the shoes, I presently am unable to wear because I recently had a bone broken in my left foot and even after healing, having flair ups of the edema makes it hard to wear any but clogs.  Avon has ones that can be worn during the winter {sheepskin-like inserts} and bare for the summer.  Not quite a chic pick but certainly one that works well for me.  Presently then, I am down to one pair of basic black shoes with warm inserts.

In our middle years together we did exchange Valentine Cards but never on the same year.  I’d give one year but he didn’t so the next year he would and I wouldn’t.  Then there was a five year stretch where we both gave cards BUT I only bought one card and gave it to him for five years in a row; until he said to me, “This card looks familiar.  Didn’t you give this to me last year?”  “Yup, and the previous three before that too.”  One thing my husband always did was put cards or presents away.

During those five years, the card was not put away but left where opened.  I don’t truly know what ran through his head or why his spirit seemed to reject my offering {maybe mid life man-on-pause} but since it was the most expensive card I had ever bought for him, back into the envelope it went, to see if next year it would not be rejected.  Five years to my ten to wake up ~ well, he is older.

A little over three years ago my husband was diagnosed with Lewy Body Dementia, akin to Alzheimer’s.  He was started on a regimen of psychotropic drugs that caused him to have Parkinson like symptoms.  I then went looking on line for all I could find on his condition {they do not call it a disease} and also investigated each drug he was taking. I found, to my horror, these drugs hasten death in the elderly; especially someone diagnosed with dementia.  The FDA released this finding in 2005.

I called his doctor and told her I was removing him from the drugs, knew it would need to be done slowly and needed her input.  She said he must remain on them.  I repeated three times what I told her {she apparently is a slow learner too} and added I would do it without her if I must, but it would be done.  She then agreed, and we entered into a year of hell named detoxification.

I wrote a short story about that as we went through it ~ Lewy vs Al ~ for the adult view and a book called ~ There’s Something Strange… ~ which is part of our 7-12 year old children’s series, The Chronicles of The K-9 Boys and Girls on Locus Street.   Writing these stories was to insure my sanity and to share what it is ‘like on the inside.’  The children’s book is written with humor.

Finally, this past year it was discovered he also has sleep apnea which may be contributing to his lucid dreaming, his sleep walking, and his REM disorder.  Since I have not had a good nights sleep since the drug treatment was started and then stopped, I can testify, first hand, living in a sleep deprived state does cause a dementia, whether you are the  diagnosed or the caregiver coping.

My husband has wonderful days and days that he really is not my husband.  Sort of a perverse take on my seeing him as Superman when he took his glasses off when young.  Now he sees through dimensions into parallel worlds populated by strange looking people who usually are fellow passengers on a train, plane, or ship; thankfully, not all in one night.

But in all times, he still loves his wife.  He may not recognize me but he tells me about ‘her’ and fortunately, so far, all he has told has been positive.  So getting a gift, handpicked from loving hands will be truly heartfelt, be he in our true existence or on a fantasy trip when given.

Prev Next
10 Comments
Leave A Reply
Cancel Reply
Connect with:
Login with Google