Thomas Hart Benton spent seventy years painting small towns and its’ people.  Benton’s art was always available to the rich or the poor.  Known as a man lost in a world of self -portraits.  From the self- portrait, he dug deeper into the portrait of America.

He travelled to soda fountains, dance halls, and work areas; from chainsaws to flappers, it was said.  He painted the first radio and the crowds who gathered in the public parks.  This was a time of change, busy cities, and changing lifestyles. 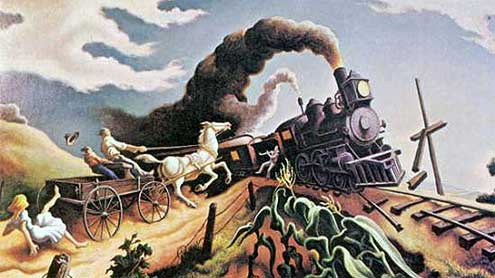 Thomas was different, nothing like his father and uncle, a little outrageous as he painted America as he saw it through his own eyes.  Very few were painting as he did during his younger years.  He told friends, “I never liked the elite.”  Perhaps this was the reason some thirty years ago experts in the field, museums, and artists thought his artwork would never return once he was gone.

His main ambition was to be a politician, and had many political friends, honored, and celebrated within his art.  A conversation with Benton would be like taking a guided tour with a social historian from Kansas City, who grew up in Missouri.  His work hung in museums around the country.

In the year 1979, he was seventy years old.  He was born in 1889 and named after his uncle the Senator.  He was a friendly old chap, at least most thought so, but talkative and believed everything he said was right.  Does this sound like a politically minded person?  His own father spent four consecutive wins and served in Congress.  Thomas certainly grew up with the flamboyant life of politics.

Thomas’s mother and father were quite different from one another.  His mother always sided with the boy, and, it would be his mother, who noticed the natural ability of art as he sat at the table drawing trains, cowboys, and Indians.  His mother encouraged her son, pointing out his natural ability, and beautiful work.  His father disagreed, he would say, “A Benton cannot be an artist.”  To Thomas, everyday was a struggle, so he left home at seventeen and became a cartoonist. 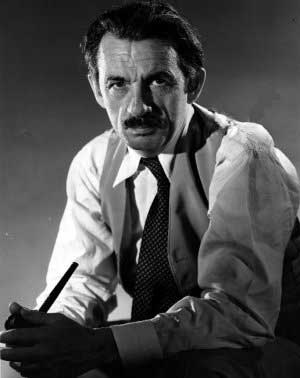 He was seventeen when he sold his paintings he brought with him to Chicago, and hired for fourteen dollars a week for the Chicago paper.   Then he entered the military, and instead of writing his letters, they would arrive illustrated, as if they belonged in a comic strip.

Following the military, he entered the Chicago Art Institute, but he wanted to go to Paris.  His parents talked with the instructors, and all did agree, he left in 1908.  He surprised himself when he spent a short time in the City known of great artists, he disliked Paris, and money became a problem; being an artist is fine if you were rich.  His parents were pleased when they heard their son was returning to the States.

The friendly, talkative man was now quiet, silent and never smiled.  He would spend most of his day and part of the night painting.  If he discovered a new way of mixing the medium, he did so, and jotted it down so he would not forget.  While he was in Paris, he learned to love the Renaissance Masters.

It would be 1919, when he finally found his love for clay models, and filtering light through the subjects, had given him the feeling of success he needed.

The notes concerning Thomas, either myth or a true traveler – states Thomas traveled for fifty-five years to and from thirty specific areas of interest and made these clay 3D statues penetrated with light.  Finally, Thomas need not talk to tell the meaning of his art, he found meaning and knew what he wanted to say.

The Chicken or Egg Syndrome