Imagine a government free from corruption, cronyism, and nepotism. Visualize a three term limit for every politician.

Only after they complete such a term, do these individuals vacate their parties of choice and do battle for a position in the Reptilian Party.  The politician’s offspring, however, would be required to not be involved in mainstream political parties but be electable only through the Reptilian Party. 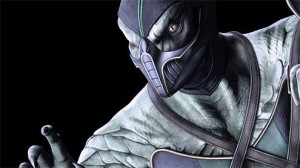 In Canada, all the career politicians would then be forced to leave the Conservative Party, the NDP, and the Poseur Liberals and seek a fourth term as a member of the Reptilian Party. In the US, the political alignment would not just be for two parties, but the suggested alternative as well.  Forget the British and Europeans, their debt ridden middle aged university graduates are working in a coffee shop in your area code.

The Reptilian Party would not be allowed to have a leader but its members would be allowed to sway votes. Someone like Justine Trudeau would make the reptilians fashionable. They would be required to have a booth at a sci fi convention, encouraging others to get involved in the decision-making process.

Only then, politics would experience a renaissance but romance novels and non-fiction sell, not fantasy.