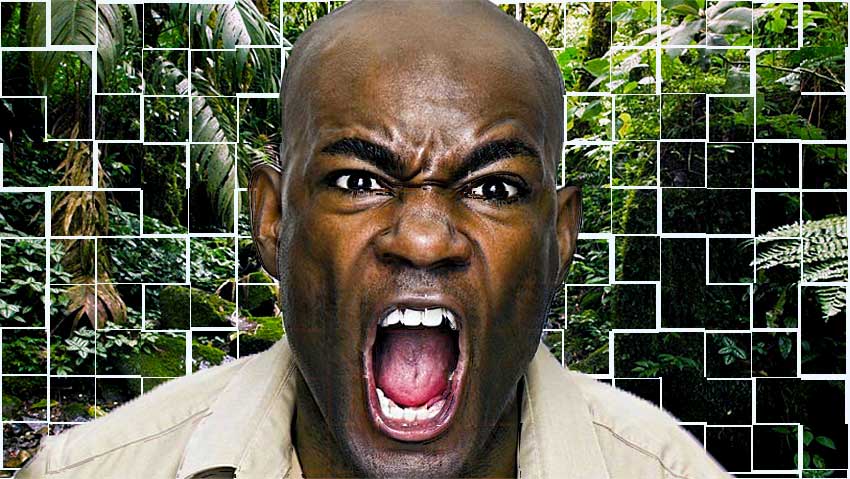 Babatunde was having his morning bath when he heard a knocking on the door. He wrapped his towel around his midriff and headed for the front door. He looked through the peephole and saw Tope, who looked impatient.

Babatunde was angry and kept his expression rigid. He dropped to his knees and gave a full-throated roar that sent Tope and everyone else scampering for the front door. Babatunde went straight to his bathroom and saw the giant snake that had been dropped there. He closed the bathroom door and fetched a plant, which he dumped in the toilet.

The snake thrashed, trying to avoid the smell of the plant, and Babatunde waited grimly by the door. Tope gingerly walked up and stared in awed horror at his brother, swallowing several times. He did not give him a look but just stared at the door. Gradually the door opened, and the snake crawled out and died in front of Babatunde while Tope jumped almost his height into the air when he saw the snake emerge.

Tope stood up and then scowled at Babatunde, “Never thought of snakes too, brother, or I could have used one when you and the queen did a mean one and called home at the particular time when I was at the farm harvesting cocoa.”