We all know the benefit that taking time out to see friends and family can have; whether it’s popping around for a cup of tea with the neighbour or going on a big night out with your workmates, the effects on your well-being and general mood are sure to improve.

But scientific research has shown that it can actually be good for your long-term physical and mental health too.
A study conducted in Botswana and reported on by Californian scientists has examined the social bonds on female baboons and the repercussions on their long-term health – don’t worry, we’re not comparing you to primates – and has shown that those who have more social connection and others to rely on are more likely to live longer. 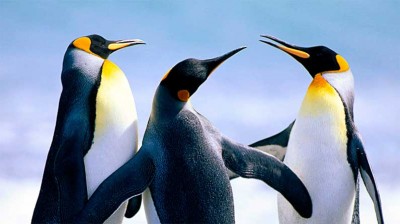 The Guardian reported the findings of the study led by Joan Silk from the University of California.

Between 1992 and 2007, experts from the University of Pennsylvania examined the habits of 66 adult female baboons in order to determine how they approached day-to-day life and whether or not they could be seen as living positively – the results obviously don’t necessarily stretch to humans but the thinking is that, as humans and apes shared many of the same features millions of years ago, it’s a good starting point.

The study says that the baboons who had the most social connections – the ones who groomed and were groomed by other baboons the most, for example, (again, we’re not saying we’re all monkeys but who hasn’t helped out their mates with the make-up every now and then?) were the ones who had the best quality of life. It was this need to have a social life that could possibly have caused humans to evolve larger and more powerful brains than primates – so don’t get too big-headed if you’re popular; we evolved that way! Gala Bingo believes that you’ll get the best of both big-brained worlds by combining some social activity with a good game of bingo to keep you on your toes.

So there you have it – science has proved that we need our friends around us in order to enjoy a better standard of life. Next time you need cheering up we’d definitely recommend one of the following:

A Time In Limbo

My Mother-In-Law Drives Me Nuts!