Since 2008, no one trusts the bankers anymore. The Occupy protesters are a direct reaction to such blatant corruption.

Theodore Dreiser, a legendary American author, who was an inspiration to Hemingway, had his last book, The Bulwark, published posthumously in 1946, following his death. 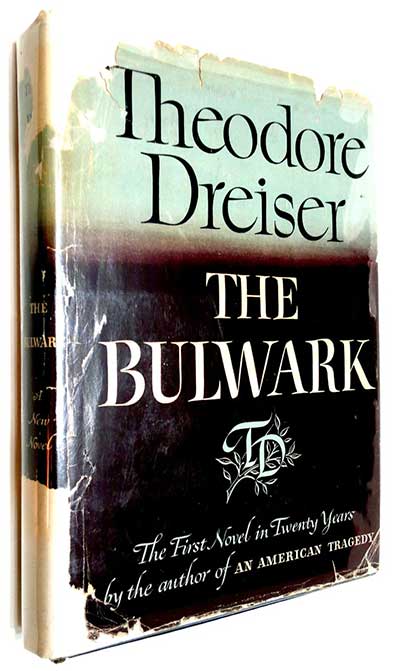 The Bulwark started out as an everyday American novel, where Solon Barnes, a devout Quaker, met Benecia Wallin, the daughter of a wealthy family. When Solon got promoted in the bank, Wallin’s family gave the consent to marry their daughter. After they marry, they started a family and have children. Barnes then received a promotion in the bank, joining the board of directors.

In time, he discovered that his co-workers in the upper level had granted questionable, high risk loans to companies with financial problems. To add to this intrigue, he investigated further and found evidence suggesting that these same co-directors owned large shares in such firms. This Quaker then notified the bank examiner from Washington DC, who came, yet did nothing to assuage Barnes’ concerns. Barnes then left the bank to avoid the very sight of such corruption.

With that in mind, contemporary readers could draw parallels with Bulwark, which could fit into today’s headlines. As this book progressed, Barnes’ children grew into adults. Some of whom of which walked away from the Quaker religion. Somer where in this interlude his daughter, Etta, had an affair with a prominent painter. One of his sons, Stewart, even became sexually involved with a woman who accidentally died of a drug overdose.

The scandal that followed pushed Stewart to commit suicide, causing his father Solon to die a grief stricken death. The Bulwark was Theodore Dreiser’s last book. It was eclipsed by Dreiser’s previous novels, American Tragedy and Sister Carrie. Look out for Bulwark at the library, or at an old bookstore.