This morning I received an email from my publisher, Kindle Direct Publishing. The following is the email’s text: 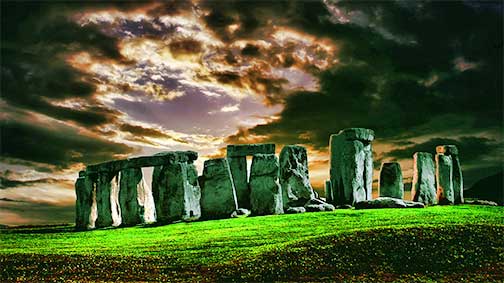 We’re writing to let you know that at least one of your readers has reported some problems within your book, and we have confirmed the issue. Potential errors have been identified:  for example, “alter stone at Stonehenge’s centre.” should be “altar stone at Stonehenge’s centre. (loc: 52), “that surrounded the ancient alter.” should be “that surrounded the ancient altar.” (loc: 1311) Please check them and look for others.

While I fully acknowledge the error and that it may have been pointed out to them by a genuine reader, given that KDP along with Goodreads and CreateSpace are wholly owned subsidiaries of Amazon.com, and have their own forums where the trolls currently lurk, the chances are that it was a troll who pointed out the spelling error to them, hoping to get a reaction from me.

Well, they got one, but not necessarily the one they were hoping for.

The person from KDP who sent me the email may be genuine also. But you will pardon me for being overly cautious in this instance, having been caught out once several years back in a similar situation, which led to my being targeted for months by a particularly nasty troll.

If it was a genuine comment made by a genuine reader, then I would point out one thing to them – there is no such thing as an error-free book.  Even the most fastidious editor within the world of conventional publishing is human. Face it, folks, errors like this minor one on my part get missed during the editing process. What did I do with the email? Simple. Nothing. I merely filed it.

Within the world of literature, while companies like Amazon prefer to take the side of the troll over that of the writer and genuine reader, anyone who ‘bites’ when receiving something like this in his or her email tray is in for a nasty surprise.

These days, like most writers I know I have nothing whatsoever to do with the act of engaging with people not known to me. Trust me when I say that in instances like this it is far better to err on the side of caution rather than to react in any way, shape, or form…

PS – I forgot to mention that the book in question has sold well over five thousand copies to date. So one complaint from a pedant is hardly anything to worry about, is it?