Once in a generation, a particular individual leaves his mark on the world. One such man was William John Owen Rowbotham MBE, or to use his stage name, Bill Owen.

Bill was born on the 14th of March 1914 in London, England. He was an accomplished actor and songwriter. 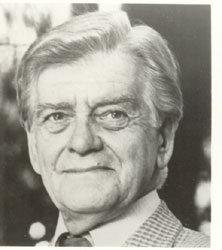 He made his first film appearance in 1944 but didn’t inhabit the hearts of the British people until the 1970’s when he took on the role of Compo Simmonite in the longest-running comedy series “Last of the Summer Wine” alongside Michael Bates, Brian Wilde, Michael Aldridge, Frank Thornton and the brilliant Peter Sallis who played Clegg.

Sallis’ voice will be familiar to anyone who has watched the Wallace and Grommit television series, along with the accompanying film “The Curse of the Were-rabbit”, in which Sallis lends his voice to the character of Wallace.

For those of you not residing in the United Kingdom, the show was about three old age pensioners who had reverted back to their childhood days and were always getting into scrapes in one form or another. Usually Compo was on the receiving end of some hare-brained scheme or other dreamt up by Foggy.

The love of Compo’s life was his next-door neighbour Nora Batty, played brilliantly by Cathie Staff. While she terrorised most men, especially Clegg, with her battleaxe exterior and her trademark wrinkled stockings, Compo only ever saw in her the unobtainable object of his dreams and desires. 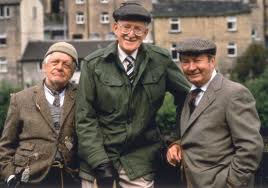 Compo is easily distinguished from the other two by his dress. Clad in a woollen hat, old torn jacket and trousers full of holes, held up with a tie tied around his middle and, not forgetting his trademark Wellington boots.

During the 1960’s Owen had a successful second career as a songwriter, including the song Marianne, sung by Cliff Richard. Bill also appeared in the highly successful Carry On films.

Bill carried on working until his death from pancreatic cancer on the 12th of July 1999. He is buried in the churchyard of St John’s Parish Church, Upperthong, in the much-loved town of Holmfirth, the home of “The Last of the Summer Wine”.

Rest in peace Bill, you are, and always will be, missed by the thousands of us whose hearts you touched in your long-running role as the lovable scruffy Compo Simmonite.

“The Last of the Summer Wine” first series is currently being repeated on the British television channel Yesterday at 2 pm daily.

Andrew Sacks Jan 30, 2022 7
Murder and Mayhem on the Parts of Speech Criticism of the abuse of the English language is, no doubt, nearly as…
Writing