Non-authorized use of trademark is not prohibited as long as the use is fair, but “fair” is narrowly defined under UDRP/URS jurisprudence although it could be for a commercial purpose.

So, for example, it is not improper to incorporate a trademark where the domain name “seek[s] to communicate the nature of the service or product offered at [respondent’s] sites [and] to consumers, who would be deprived of an increasingly important means of receiving such information.” Toyota Motor Sales USA Inc. v. Tabari, 610 F.3d 1171 (9th Cir. 2010) (<buy-a-lexus.com> and <buyorleaselexus.com>). Toyota Motor Sales has been cited favorably in a number of UDRP decisions. 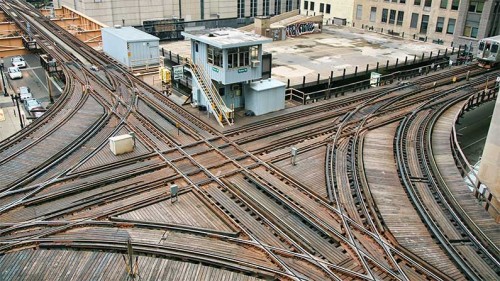 There is also a UDRP version of nominative fair use first articulated in Oki Data Americas, Inc. v. ASD, Inc, D2001-0903 (WIPO November 6, 2001) (<okidataparts.com>). These disputes concern active use of domain names for specific purposes of informing consumers of goods and services offered by legitimate businesses. This is not to say that a legitimate business may permissibly incorporate a trademark in its domain name.

Nominative fair use, though, is slippery. If the domain name is passively held and the argument for future use––paragraph 4(c)(i) of the Policy––is unpersuasive complainants are most likely to prevail. While this answers the URS/UDRP questions it leaves open whether the proposed use is an infringement under the Lanham Act. There have been close to 20 disputes decided (with more to come) under the URS and UDRP against Yoyo.email Ltd. in which Yoyo.email has unsuccessfully argued that its proposed use of <brand.email> is for a bonafide business and the registrations are not a violation of complainants’ rights.

Except in the latest URS case, eHarmony, Inc. v. yoyo.email et al., FA1408001575592 (Nat. Arb. Forum September 4, 2014) Panelists have uniformly rejected Yoyo.email’s argument. The eHarmony Panel denied the URS complaint pursuant to URS Procedure paragraph 8.5 on the grounds that there is a pending lawsuit against one of the Complainants in which Yoyo.email is seeking a declaration that its business model is a legitimate and lawful business. In the U.S. District Court Complaint, Yoyo.email v. Playinnovation Respondent states:

The Yoyo.email CEO has blasted the Panelists (with specific reference to the Panel in Playinnovation Ltd. v. yoyo.email et al., FA1407001568549 [Nat. Arb. Forum July 8, 2014] although the blast is clearly meant to be generalized) for “shoddily ignor[ing]” the URS procedural rules.

As to the Playinnovation decision, the Respondent’s CEO continued:

It’s a Kangaroo court. With a Kangaroo Examiner. A judicial tribunal or assembly that blatantly disregards recognized standards of law or justice, who gives the appearance of a fair and just trial, even though the verdict has in reality already been decided before the trial has begun.

The Panel would be reluctant to lend its approval to the registration of a domain name incorporating another party’s trademark for the purpose of being able to establish a system or scheme in relation to which the trademark owner becomes a supplicant. This would set the clock back on the Policy in a way that was never intended.

The Starwood Hotels view has more recently been endorsed by the three member Panel in Arla Foods amba v. Giovanni Laporta, Yoyo.email Ltd., D2014-0724 (WIPO August 10, 2014) and appears to be the consensus of panelists that Yoyo.email’s registrations are abusive as that concept is defined in the URS/UDRP jurisprudence.

This is the context in which Yoyo.email has taken its business model to federal court for a more fully argued and refined determination. It seeks to establish that its registration of 34 domain names incorporating trademarks from well-known and famous brands are not a violation of the Lanham Act or Anticybersquatting Consumer Protection Act or the UDRP or URS. Plaintiff’s business model is built around an idea of an e-mail tracking service.”

It alleges that: its intention at the time of the domain name registration[s] and today is to use the subject domain name[s] … as an independent back-end email server controlled by Plaintiff and invisible to consumers to route, capture and store Email MetaData so that Plaintiff can certify that the email was sent, and potentially, received. (Complaint paragraph 24).

The problem is self-evident, namely that the business model is based on using domain names incorporating well-known and famous brands. It has been pointed out in many UDRP decisions that passive use of domain names in the manner Yoyo.email proposes is (pardon the oxymoron) a form of use as articulated in Telstra Corporation Limited v. Nuclear Marshmallows, D2000-0003 (WIPO February 18, 2000). A district court decision in the not-too-distant future will confirm or undercut this view.