Artist Paul Cezanne spoke to the question when he said: “A work of art which did not begin in emotion is not art.

Emotion is the starting point, the beginning, and the end. Craftsmanship and technique are in the middle.” 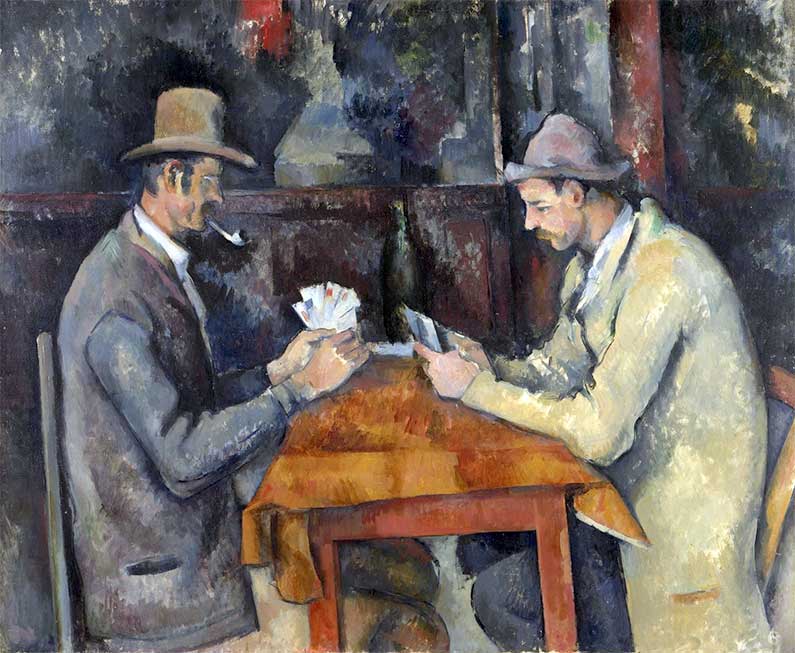 , the famous World War II French Resistance fighter, and leader whose life was depicted in the recent best-seller “Resistance & Betrayal,” that I cried.

What would make a picture of a stranger cause my emotions to well up so instantly to the point of tears and force me to paint him?

Something…and that something is a question the Science of Neuroesthetics concerns itself with. The recent Third International Conference on Neuroesthetics in January 2004 at the Berkeley Art Museum subtitled itself “Emotions in Art and the Brain.”

Specifically, neuroesthetics aims to discern what goes on in our brains when we view art.

Neuroesthetics I see as a head-heart combination and, in some highly instinctive people, a head-heart-gut combination. Magnetic Imaging experiments have shown, according to Blake Gopnik in a January 25, 2004, article in “The Washington Post,” that when people are shown things they consider beautiful, certain “bits of their brains … [go] wild with delight…

The brain shows a slightly different response to ugliness, including stirring up motor centers that also buzz when someone’s angry.” (According to research by Semir Zeke, an eminent neuro-scientist at University College London.)

Why has Leonardo da Vinci’s “Mona Lisa” captured the attention of so many generations? The majority of adults can name da Vinci’s “Mona Lisa,” while many cannot identify the artist like da Vinci. Exactly the opposite reaction comes from the most popular artist of our time, Thomas Kinkade. Here the artist is remembered most rather than the titles of his paintings. So, in these two examples, a painting captures our emotions in one and the artist captures our emotions in another. Why?

Neuroesthetics might offer that “Mona Lisa’s” profoundly mysterious expression heats up our emotional center and makes us wonder many things. She evokes curiosities: “Who was she really?” “What was her relationship with da Vinci really?” “Why was she painted with that mysterious smile?” “Was it her smile, natural for her?” “Did da Vinci give it to her?” “Was she responding to a statement or a question asked by da Vinci?” “Why did da Vinci paint her as if she were one woman standing out from the whole world?”

Or, do you have other questions when you look at the “Mona Lisa?” Or do you just look at her and let your thoughts wander wherever they go? Thomas Kinkade, the painter who sells the most paintings and prints in America, paints a dream-like America that many people wish were still here, still possible.

Look at one Kinkade and you want to see more and more and more. Some people can’t get enough and have Kinkade all over their homes and workplaces. I did a one-month survey asking people from my church who was their favorite artist. Thomas Kinkade was a landslide.

Consider how some of the portraits of everyday people immortalized by Vincent van Gogh have captured art lovers for decades. Why do we stare lingeringly at both postman and the postman’s wife? How about the portraits of Matisse?

Why do they capture our curiosity and engage our emotions? How about the dozens of self-portraits of Diego Rivera’s troubled and disabled wife, Frida Kahlo? She made self-understanding into her body of work.

Gopnik also cites the work of Rosa-Aurora Chavez of Mexico’s Ramon de la Duente National Institute of Psychiatry whose work speaks about artistic genius. Is there a common gene among creative artistic types? No one knows yet. However, Chavez’s work “hints that even something as obviously culture-bound as art might not be all nurture and no nature.”

So, why am I spending the February Art Newsletter on neuroesthetics? Because I thought you would find it interesting. More importantly, because I thought you would find exploring how art impacts your emotions interesting. I wanted you to have conversations about your taste in art, get to know your artistic preferences better. Why do you gravitate toward certain kinds of art and not others?

Do You Admire Those Who Stare?