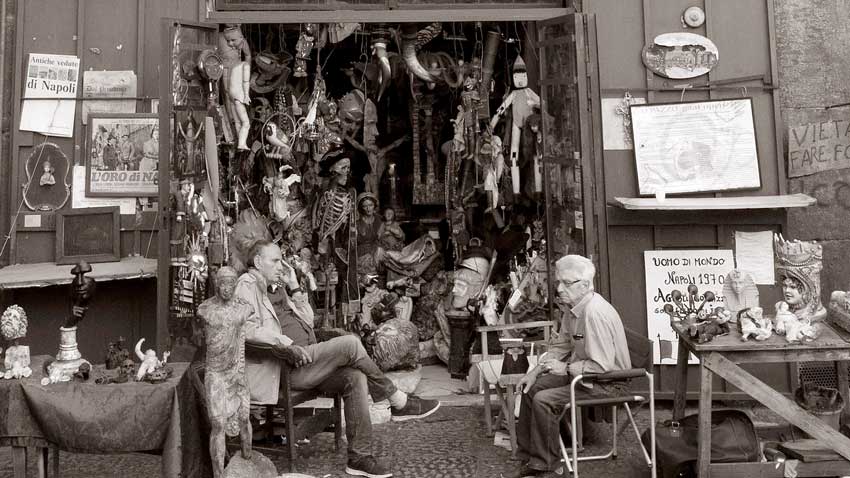 More About Angie
In my younger years, I studied Art & Design. Some years ago, I felt a sudden urge to update my understanding of the classical arts, so I traveled once more to Italy. After spending extraordinary weeks in Florence, Bologna, and Rome, I decided to spend my final weekend in Naples.

Upon my arrival at the train station, an older woman who tried to sell lottery tickets approached me. At first, I declined, shaking my head and saying “no” without actually making a sound, and kept on walking. Then, feeling sorry for this seemingly sympathetic woman, I turned around and bought a ticket. 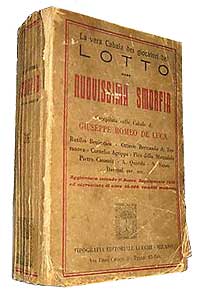 Of course, it was no surprise it didn’t turn out to be a winning number, but the next day, browsing through a bookseller’s booth at the Mercato Di Porta Capuana (often referred to as the “Sublimation of Curiosities”), an old booklet on numbers drew my attention…

This booklet, called “La Smorfia” (the grimace) by the Neapolitans, contains theories on the significance and meaning of numbers, especially their relevance to dreams. It looked as if it had passed through many hands, but maintained an air of authenticity.

I’m sure I paid too much for the booklet, feeling sorry for the vendor who said he needed the money to buy a new leg prosthesis (he supposedly lost his leg to a shark while swimming off the coast of the Isle of Elba). I stacked the booklet away in my jam-packed shoulder bag and instantly forgot all about it.

Looking back today at this seemingly insignificant occurrence, I now realize it was a momentous occasion.

Unpacking my suitcase, upon my return, the initial intrigue of this booklet on numbers once more overwhelmed me. I took a closer look. Its contents were as simple as they were fascinating. Each number in this booklet has a specific meaning. Like “the dead man that speaks,” or “from the mouth of the villain.” Accompanied by a short explanation of how this meaning was indisputably, Cabala-like, linked to one specific number. In the same booklet, an attempt is made to make numerical associations to specific dreams. 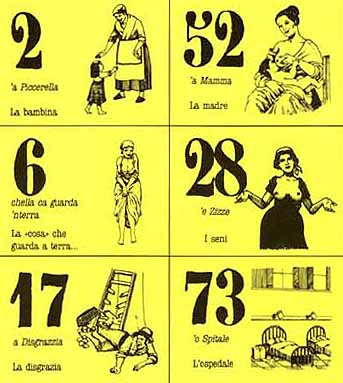 A week or so later, I played the Lottery using the numbers from the booklet that supposedly represented a recurring dream I had at the time. I almost believed the figures reflected the situation in which I found myself during that singular phase of my life. Before my mind’s eye, the numbers La Smorfia suggested were starting to live a life of their own. Then I won the jackpot (an obscene amount of money) in the National Lottery.

When I got over the initial shock and regained my bearings, I decided to dedicate my life to writing stories. I also became exceedingly fascinated by wine. I already had a taste for wine before winning the Lottery. Still, now that my budget is almost unlimited, good wine became an intrinsic part of my life. At the same time, my interest in producing a TV series based on occurrences in my life is increasingly taking up my attention.

I want to express my appreciation to all our loyal readers, writers, editors, publishers, and dear friends who made this magazine into what it is today!

After many varied responses to this piece, I decided to add this footnote:
Please take this narrative with a grain of salt. After all, I’m a storyteller.