There is much more to it than that.  In truth, I do not know all there is to know about Angie’s.  What I can tell you is that the mastermind behind it is really a mistress-mind. 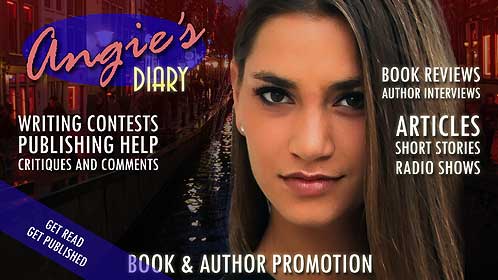 Angie has a real woman behind it – unless it is a man with a complex artificial presentation of a mysterious person known as ‘the Angie behind Angie’s Diary.’  Either it is that or a real woman.  I think Angelica is a real and ordinary but amazing woman rather than a man’s trick or a transgender woman or womanesque type of being.

The magazine is a bit complicated, more so than I understand.  In this case, luckily, I don’t think my ignorance is caused purely by stupidity or brain damage.

There are many ways for readers and writers to be involved with Angie’s.  Angie encourages writers to participate in the magazine by being readers and ‘suppliers of advertising and articles.’

For all this and more, Angie’s Diary is a great invention and remarkable discovery for so many early in the 21st century.

John DeDakis Jul 25, 2010 3
Confessions Of A Cross-Gender Writer I'm a guy, but I write in the first person as a woman. When my…
Publishing