Artist/Teacher Barbara Garro says, Seeing with an Artist’s Eyes, looks for the art beyond expectation, the invisible life in the visible. I intend to bless the world when I paint an image as well as to bring blessings to the image. Each framed painting becomes a child, a real, living breathing entity.

Cézanne is quoted in the Summer 2007 publication of Psycho-Spiritual Therapy, the painter’s only aspiration must be to silence; he must stifle within himself the voices of prejudice, he must forget, always forget, establish silence, to be a perfect echo, then the landscape will inscribe itself on his sensitive tablet. In order to record it on the canvas, to eternalize it, his craft will have to be appealed to, but a respectful craft which must be ready only to obey, to translate unconsciously, so well does it know its language: the text it is deciphering, the two parallel texts; nature as seen, natures as felt…both of which must merge in order to endure, to live a life half human, half Devine, the life of art, listen to me…the Life of God. 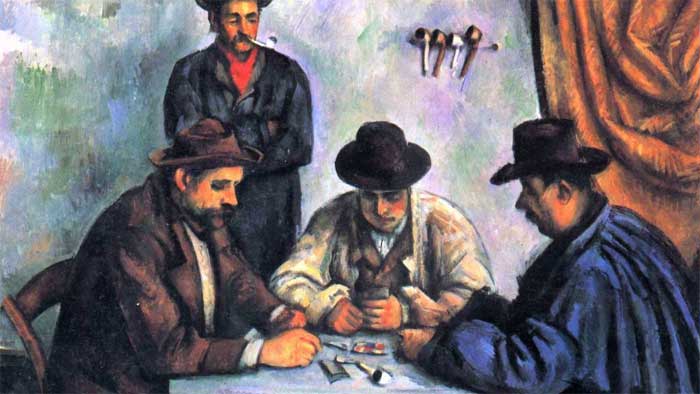 Cézanne called this “The Fragrance of its Eternity.”

Another question could be “who are artists?” Josiah Holland answered this question: “Artists are nearest God. Into their souls He breathes life, and from their hands, it comes in fair, articulate forms to bless the world.”

As an artist, I look at everything with an Artist’s Eyes, seeing with the heart as well as the mind and spirit. People know I am an artist simply by looking at the way I dress, looking at my home. Artists have a way of engaging with the things of the world, a way of loving them, cherishing them because they get to know the things of the world though interaction with them when they paint them. The best way to get to know anything is to paint it. Through the painting, all its secrets lay bare before you. All the colors that are an integral part of the image that can never be seen with a glance can only be seen when you become one with the thing through a passion to capture it forever.

I recently read a quote attributed to one of my life teachers, Bolivan, Oscar Ichazo, known in Enneagram circles as the father of the enneagram, stating that love is Recognition of the same consciousness in the other as there is in oneself.

In one of his classes, I was instructed to spend an entire half-hour looking into the eyes of a stranger and the stranger into mine. When I could stop feeling self-conscious and able to become other-conscious, I received the gift of intuitively knowing that person. At the end of the exercise, Ichazo knew we would no longer be a room full of strangers. Similarly, when I finish painting an image, it is no longer a stranger. Sometimes, I turn down a commission just because the image does not speak to me. Painting is such an intimate relationship; I first must be drawn to the image.

Isn’t that an exciting way to do work?

Online Etiquette and the Written Word