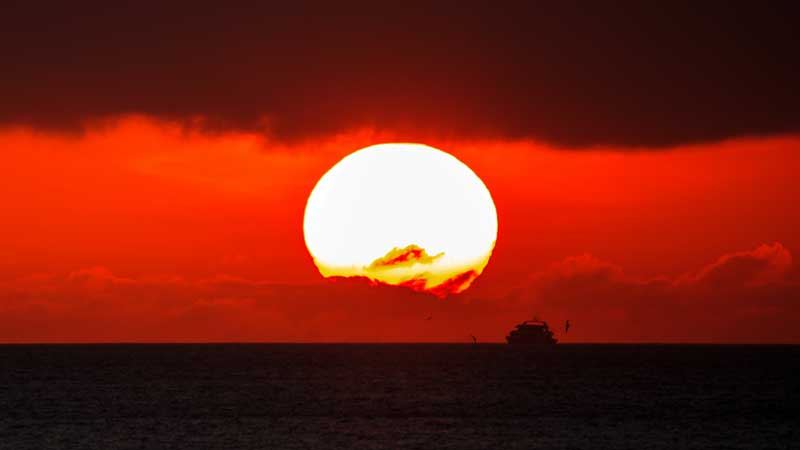 Money Marauders (1): Discussing mainstream economics is like entering a scholastic debate, for which I lack both appetite and time. I care for beauty, in nature (1), in music (2), in literature (3), in poetry (4). I also care for (unintentional) humor (5).

However, I’m more than willing to join a discussion on how we could reform economics to help build decent societies, without wasting time on refuting old school dogmas.

In this essay, I will therefore not be conversant in GDP, financial instruments, derivatives, or any of the other economic terms and phrases that pertain to a failed policy, but instead, will try to outline another course societies could take and in doing so focus on money.

Money is probably the most important subject matter of any textbook of economics and, regrettably, of many people’s life. The poor worry about their lack of money constantly. The rich worry about losing their money.

Some precursory suppositions for starters

Economics is not a science, it doesn’t deal with fact and has a purely conventional nature – it can be called a social science with graphics to impress, but that amounts to the same thing.

Economics being a cultural phenomenon, I’ll start off with a few words from Sigmund Freud’s ‘Das Unbehagen in der Kultur.’ Quoted in English: ’I take the view that the tendency to aggression is an original, autonomous disposition in man, and I return to my earlier contention that it represents the greatest obstacle to civilization.’ (page 74).

Aggression has been somewhat aim-inhibited of late – the rise of populist parties, southern Europe being kept in thrall by the qualmish euro, Brexit and its aftermath, will undoubtedly fan sufficient hatred to get things back to normal in the near future -, and had to find another outlet than war for a while.

So it became greed (that was never out of the equation anyway). Money has become the dominant force in western civilization and to my mind, it is abundantly clear that craving for money facilitates man’s inborn aggression to the extent that all other species are rapidly becoming extinct since they provide a source of wealth. Until they’re all gone, that is.

Empirical facts analyzed by the questioning experience we call thinking is the way towards truth. Behind truth there is reality. The earth was spherical even when all mankind believed it flat and found they believe work.

The truth of a conception, such as an economic stance, is found in its objective. In so far any of the stances or theories of economics have been carried out with the objective of creating a peaceful, prosperous, and sustainable world, they have proven to be all false.

Economics and politics are the same things. A billionaire became president of the wealthiest country in the world. I can’t believe I’ve sat and listened to a presidential debate that revolved around fiscal loopholes, tax deductions, and similar crap. My dealings are with facts.

You can choose to ignore the facts, but you will not be able to ignore the consequences of ignoring the facts. Governments, ill-advised by their economists, have failed to provide a decent living for too many people and have ruined the planet in their lust for wealth. (6)

Financial markets are dictating governments. Democracy has eroded. There’s nothing left for the people to decide. IPCC findings have to be ‘politically corrected.’

‘Political language is designed to make lies sound truthful and murder respectable, and to give an appearance of solidity to pure wind.’ (7)

Banks that create money are an invention of Giovanni di Bicci de Medici, and his invention evolved into control over societies by banks.

Being addicted to money – it can be said without too much exaggeration that for present-day homo sapiens happiness consists of the owning, counting and spending of large sums of money – we’ve become blind to the indirect power of the economy, in particular of the financial markets.

Man’s deepest drive is to create and not to waste or destroy. (8)

If this was once true, it is a sad thing indeed that money has corrupted societies to the extent that value had been replaced by price, that money itself has become a goal in our lives.

In our lust for money, we are destroying the conditions for our very existence, and something has to be done to get back on track towards an economy that is based on (added) value, an economy in which entrepreneurs aim for a viable profit and not for maximization of profits while disregarding the environment, be it people or natural resources.

Clean water is a value of the utmost importance, diamonds much less so, but on a market that is driven by speculation caused by an excessive abundance of free capital, diamonds are priced much higher. Waste collectors earn far less than any banker. But who is more valuable to society?  You’ll find out when both go on strike.

For many people, money has become a goal in itself. In our western societies means have become an end, and precious notions such as eudaimonia, to be found in good health, security, respect, autonomy, living in harmony with nature, friendship, and above all leisure time, time to read but also time for lounging to set our subconscious wisdom free, seems to have been almost forgotten.

Our capitalist societies are characterized by a perverse logic of growth. In order to sustain itself, production must grow at an ever-rising pace because competition is at the core of our economies and the competition never sleeps.

Economists claim that this is only natural because of scarcity.
But this, the notion of scarcity, is ideology, and ideology tells you what is possible and what isn’t –if you are lured into believing that this is true. As true as our supposed unlimited desires.

The market economy has turned our societies into market societies. Today’s markets are good at setting prices, but they’re lousy at setting value to the extent that the concept of value is simply denied.

It is true that market economies created flexibility and high mobility in the exchange of land, labour, and capital, and that they initially generated economic growth, but as the new elites gradually translated their economic wealth into political leverage, they also created institutional sclerosis.

And finally made these markets stagnate and decline again, creating social polarization and a decline of average welfare in the process. (9) It is what we see happen in the USA at present, and will see happen in about ten years from now in Western Europe.

Previously one had a profession, and one’s profession rendered character. In those days money had its useful function as a medium of exchange. In our days gathering money has become a profession and the lust for money has corrupted not only the notion of a profession but also our language.

Nowadays many people think that economy equals money, but originally economy meant setting rules for (the) house(keeping).
Consultants, accountants, managers, lawyers, advertising agents, all of these professions do not add value, they just keep the system going.

The banking crisis of 2008 resulted in setting up more surveillance, ‘corporate governance’–but ‘quis custodiet ipsos custodes’?
There are major problems in our economy and they are of an intrinsic nature. Therefore we cannot rely on solutions within the present framework, for if these solutions existed they would already have been found and corporate governance is not the answer, and everyone knows this.