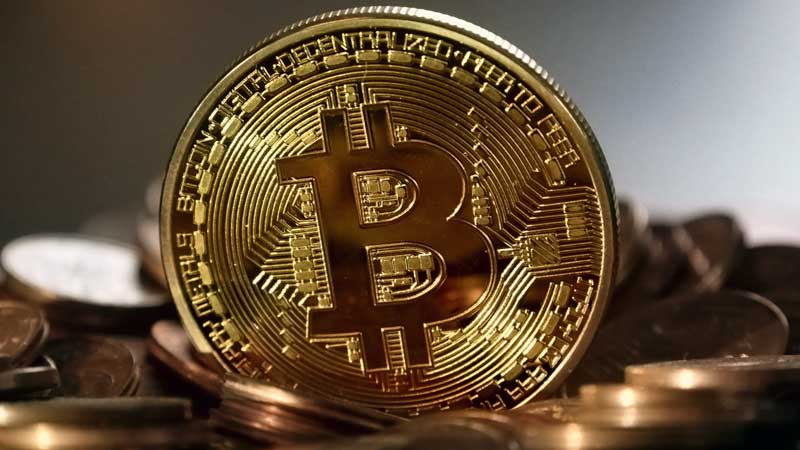 The current monetary system causes poverty, pollution, inequality, and above all: the craving for money, the knowledge of the price of everything, and the value of nothing, is degrading. If the human species is to rise to the full height that is demanded by its dignity and by its intelligence, we must all of us move to a state of affairs where this condition no longer exists.

”It is well enough that the people of the nation do not understand our banking and monetary system, for if they did, I believe there would be a revolution before tomorrow morning.”
~ Henry Ford, automobile manufacturer

The complexities of the banking and monetary system are set in place with the deliberate aim to serve the few and keep all the others hostage to the system, thereby robbing the human race of its full potential.

To this day almost all politicians still have no idea of the pernicious effects our monetary system has on the collective and democratic interest of the community.

Money’s first and most important function is as a means of exchange. We invented a symbolic currency to facilitate trade. That was a good thing, and money was communal. It forged relationships and strengthened society.

Let’s do business with our own currency again, without involving a higher supervisory body, without banks. It’s the way Airbnb and Uber work already. We don’t need a government or central bank. Why can’t we do without banks? Trust? That evidently isn’t a problem with your apartment or your car.

Money, as we know it today, doesn’t belong to people but banks. The misunderstanding started in the 15th century with an influential Italian family that founded the Banco Medici, as stated before.

The fee the Banco Medici charged for its services (such as bookkeeping), for being an intermediate was aptly named interest, for such was their interest. The Banco Medici was also the first bank to create money and lending it out at interest. Thus started the rise to power of the banks.

The system of money creation by banks is the main problem with modern currencies.
Currencies come into circulation when a bank issues a new loan. At the beginning of 2008, the total value of mortgages in the United States was 90% of GDP (10).

Thus our monetary system is based on scarcity and debt – for where does the interest come from? -, and the banks find economists on their side who claim that scarcity is an axiom given man’s supposedly boundless desires.

Our current system doesn’t lead to a healthy exchange of goods and services but to endless competition. This is also the source of immense debts in the world. Governments take over debts from failing banks. The debts change hands in an ongoing, unsustainable merry-go-round. But they don’t go away, and they keep crippling economies, and that’s where poverty and unemployment come from.

The problem is never that there is not enough work; it’s that there is not enough money to pay for it. Personally, I don’t very much care for people, employed or unemployed, 99% of all species that once inhabited the earth have become extinct and why wouldn’t this primate one day become extinct, but I do care for our planet and its natural splendors.

The temptation to convert natural resources and pollute the planet in the wake of it into the kind of money that banks issue is just too strong to resist.

Interest is so ingrained in our society that it would appear to be a natural phenomenon. It isn’t. Interest was invented. News stories always talk about interest rates and their fluctuations –but never about the fundamental question of whether we should have such a thing in the first place. Interest fosters inequality.

That’s because it rewards people who have enough extra money to lend it to those who need it badly enough to pay. Interest’s most ruinous effect is that it is cumulative. It is charged, again and again, year after year. So the rich effortlessly become richer, while the poor have to work harder and harder to save –until the system breaks down causing great misery.

’The inequality r>g implies that wealth accumulated in the past grows more rapidly than output and wages. This inequality expresses a fundamental logical contradiction.

The entrepreneur inevitably tends to become a rentier, more and more dominant over those who own nothing but their labor. Once constituted, capital reproduces itself faster than output increases. “The past devours the future.”(11)

The aforecited also shows the necessity for endless growth –another mantra of economists. You have to work harder to pay interest.

Interest is an invention within our monetary system that does not contribute whatsoever to money’s long-standing community-sustaining aspects. The solution will have to come from the Internet and it will.

The Internet democratizes and decentralizes. It operates on the basis of transparency and access. It’s global, connecting people around the planet in one interactive network.
The success of Airbnb en Uber allows us to imagine that the banks might lose their position of power (the same holds true for big energy companies when individuals all start using solar panels to supply their own energy too; by using solar energy we will become independent of the energy banks).

So the future is for private digital money. Bitcoin is the new IOU, but unlike the IOUs of old, they are unlimited in scope. Cryptocurrency technology can finance all the transactions we need when we need them, and it’s free money!

The only thing that is required is that you add value and express that added value in the currency. Your contribution as a producer of goods or services is the source of your money.

You create the money you need. That’s the currency of the future. Below I’ll try to outline in short what Nakamoto’s idea is all about.

Satoshi Nakamoto invented the ‘blockchain’ for this purpose: an encrypted shared public ledger that records all transactions that have ever been executed with a cryptocurrency.

Your bitcoins or other cryptocurrencies live on your computer, hidden behind a code, or key, used in every transaction.  The most amazing thing about bitcoin –at least from the current perspective of central banks and governments- is that there’s no central administration.

Thanks to modern technology and the Internet, a blockchain provides total transparency about transactions that have been executed –and thus about credibility and the value of money.

The critical ingredient for any monetary system is trust. Money has its value because all of us recognize it. Trust needs collateral security. That’s not going to be difficult because ownership is well documented in our modern societies. Land, houses, cars, companies, and shares are all registered in public, accessible ledgers; we need only connect those to the blockchain technology.

The best thing about all this is that in the cryptocurrency system there’s no need for interest. When there’s enough money to finance the necessary transactions, there’s no scarcity. Interest is a result of the scarcity of money. It’s a scarcity that is carefully created and maintained by banks because they don’t issue the amount of money necessary for interest payments when they distribute a loan.

That’s their business model. That’s how banks make money for themselves: at our expense. However, we don’t need banks if we can generate money ourselves, whenever we need it, by converting our assets – a house, a car, but also the value of the goods we are going to produce or the services we are going to provide- into blockchains.

The pain that the current money system causes come from the practice of making money with money. That’s an insane process that fuels the speculation bubbles that lead to the recurring financial crises that wreck our economies and societies.

Inflation happens when there’s too much money in circulation (ECB president Draghi is doing his utmost to make this happen by pouring 80 billion euro’s into the system on a monthly basis –estimates are that there is 500 times more money around than there are goods and services to balance the amount of money).

Inflation can’t happen in a system where money is created only to finance a specific transaction based on real value. The money of the future is the collective value of all IOUs. That is: of all things we, as a worldwide community, are making, doing, and trading. And that’s exactly what money was supposed to do –and it did until clever bankers hijacked the system centuries ago. Cryptocurrencies will deliver money back to where it belongs: the community –local as well as global. Money will be a tool for realizing value –real value, not speculation.

The current axioms of economics are past their apogee. The age of the banks is over, the time of bitcoin has come.

Barbara Burgess Jun 26, 2013 0
Paranormal Romance for the Young Adult Market The romance and young adult (YA) markets are two of the most…
Publishing