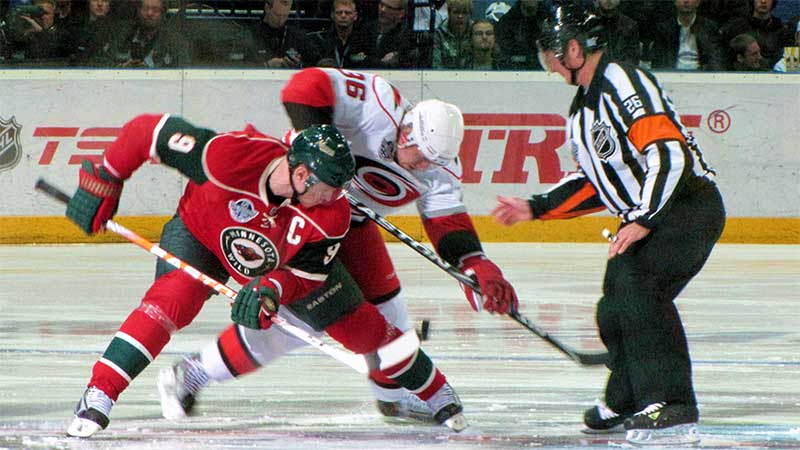 Nevada sportsbooks is going to be able to accept bets on the expansion team Las Vegas Knights, seeing as how the National Hockey League did not, nor will it, request that Golden Knights games be removed from Nevada’s books.

The NHL had up to 30 days before the first official Knights game of the regular season to file a request to Nevada gaming legislators to prevent the booking of bets on Knights games. At the moment, it would seem as if any books that want to take action on Knights games can go ahead and do just that.

The issue first arose when Knights majority owner Bill Foley told ESPN that “we go down on the sportsbooks so you won’t be able to bet on the Golden Knights at some of the local casinos.”

It remains unclear where exactly Foley was coming from with his comments, but you know those wacky billionaires, always trying to stir the pot. Deputy commissioner Bill Daly had earlier said something about “betting around the arena.”

Books are available at New York – New York and Monte Carlo, two MGM properties that are a stone’s throw away from TMobile Arena, where the Golden Knights will be playing their home games.

Las Vegas is all about the big bucks and as such the Golden Knights did not shy away from big contracts, such as Marc-André Fleury’s $23,000,000 four-year contract, or James Neal’s $30,000,000 six-year deal. “This team should be competitive next year,” league commissioner Gary Bettman said at some point. “Are they going to win the Stanley Cup in the first year? I’m not so sure anybody should be predicting that.”

As a matter of fact, books aren’t giving the Golden Knights too much of a chance. By way of comparison, let’s just say that the Las Vegas Golden Knights are the antipodes of the heavy favorites and current Stanley Cup champions the Pittsburgh Penguins. Mileage may vary depending on who you ask, but most if not all sources will give the Knights the longest odds.

And speaking of Bettman, the league has, in recent times, kept mum on the issue of sports betting. The commissioner has repeatedly said that he doesn’t think hockey is conducive to sports gambling. The NHL has also said that the team could establish partnerships with casinos that feature sportsbooks.

On the other hand, the NHL is a plaintiff in the ongoing New Jersey case on its way to the US Supreme Court. In any case, the fact that the league is cool with betting on Knights games is a good sign of things to come.

Should the NHL have thrown a monkey wrench into the works, it could have really set back the cause of sports betting in the United States. The NBA, in the meantime, seems to have welcomed the owner of Golden Nugget Casinos with open arms as the new owner of the Houston Rockets. The NFL is growing more and fonder of gambling in general as well.