“Nel mezzo del cammin di nostra vita mi ritrovai per una selva oscura ché la diritta via era smarrita.” Dante Alighieri
(Half-way through our journey of our life I found myself in a dark forest, for the straightforward pathway had been lost. – editor)

Throughout history repressive and non-democratic societies have often proven that a creative intellectual, regime-disobedient freethinker or writer could be proclaimed as persona non grata, demonized, ostracized and, more than often – prosecuted. Many great writers of preceding centuries found refuge in foreign lands and many more contemporary writers have had the same destiny.
Exile means living away from home, while being explicitly refused permission to return. In case of the political activist or writer they have often been threatened with imprisonment or death upon return, which has been imposed as form of punishment, and unbearable solitude, especially when the writer was unable to communicate in his own language or address his readership directly.
But, oddly enough, such experiences had been catalysts for some of literature’s finest work as for example Emile Zola who left Paris in October 1898. He Fled to London and lived in the Queen’s Hotel in Upper Norwood in voluntary exile during the infamous Dreyfus affair. To briefly recount the story: Alfred Dreyfus was an officer in the French Army, as a Jew he was falsely accused of spying. The accusation came as a consequence of the anti-Semitism in the ruling circles. Emile Zola came to Dreyfus’ defense by writing an open letter to the French President, “J’Accuse”, and the result of his action was a sentence to a year imprisonment for criminal libel. Hence, Zola fled to London until the withdrawal of the threat of prison when the French President died (1899).
Zola led a very lonely existence in London, and I assume that he only found depth and meaning in that period while writing his novel Fécondité. 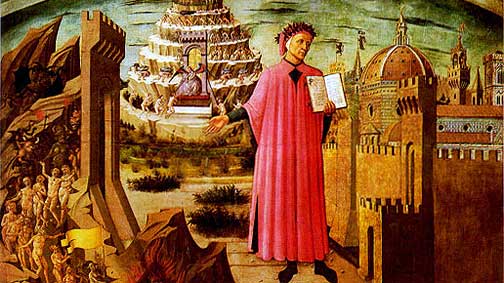 Zola’s countryman and fellow writer Voltaire was imprisoned a few times as he had a history of attacking the royals, writing poisonous critiques against the church and its religious fanaticism. Just as Emile Zola, he fled to London (1726) where he lived in exile for three years, and that period became a crucially formative period for him.
He learned English well and mixed with a number of prominent figures in England’s political and cultural life. It was held that Voltaire came to England a poet and left it a philosopher. But he, really, was a philosopher before coming to England, and it would be more accurate to say that Voltaire came to England a poet and left it a prose writer. There, in London, he penned his Letters Concerning the English Nation – his views on the British monarch, British literature and their religion. It was first published in the English translation, in 1733, and it is now best known under the title Lettres Philosophiques.
Another famous Frenchman, author Victor Hugo, as well entered his exile by force. His well-known political disputes with everyone, from Napoleon to Queen Victoria, led him to Britain too. Even though he was later pardoned, he remained on British territory out of pride, most probably, where he completed some of his greatest works including his abandoned 1200-page novel Les Misérables, which deals with themes of social injustice, the themes the writer had rallied against during the most political engagements of his life before his banishment.
“We make a mistake forsaking England and moving out into the periphery of life. After all, Taormina, Ceylon, Africa, America – as far as we go, they are only the negation of what we ourselves stand for and are: and we’re rather like Jonahs running away from the place we belong.” D.H. Lawrence

Probably the best-known contemporary writer living and creating in exile would be Indian-born British author Salman Rushdie. In 1988 he published The Satanic Verses. The novel was considered blasphemous by conservative Muslims all over the world for its perceived negative allusions against the prophet Muhammad. The book was banned and burned at numerous demonstrations, many bookstores were bombed, violent riots were organized, and several of the book’s translators were murdered. After Iranian leader Ayatollah Khomeini issued a fatwa against Rushdie, he was put under police protection by the British government.
“Such is the miraculous nature of the future of exiles: what is first uttered in the impotence of an overheated apartment becomes the fate of nations.” Salman Rushdie
In 1992 I left my country as violence, crime, injustice and madness of all sorts took place as a consequence of the fall of Yugoslavia, and in the past 20 years Croatia has been a country where social unrest, social injustice and crime have been monumental. Many intellectuals and freethinkers found shelter in foreign lands.
In Sydney, I have written a novel ‘Fiume – The Lost River’ which talks about separations, wars, love and hate, and life in exile. It was first published in my hometown of Rijeka, in 1999. As the country was led by shady characters, the publisher I encountered was the one who reflected the times in which he lived, hence I had never seen any royalties regardless of the fact that the book was on the weekly bestseller list for weeks and months. Several other books of mine have had the same destiny with the same publisher, as writers in exile are often written off, forgotten or simply not considered when royalty cheques have to be written.

I had immersed myself in learning English, had some exemplary writers in my mind (Joseph Conrad) and started to write and publish in English. Then the translation of my novel ‘Fiume – the Lost River’ occurred and the book will be published with the same publisher that has published my first novel ‘The Mosaic of the Broken Soul’ written in English. I found myself to be a writer in exile, even though, now, I call Sydney my home. Here is a review written by Professor Penny Green that summarizes the book and the writer in exile:
“Branka Cubrilo is a writer of exceptional talent who traverses cultural, historical and linguistic barriers in her writing with a passionate fluidity.
I have read Branka’s translated work ‘Fiume – the Lost River’ which tells the story of migration and place; of Australia and Europe through the mysterious journey of a handful of characters. Branka’s work has the great virtue of capturing the essence of place and nation with a seamlessness found only in the works of great writers who themselves have known displacement and separation. Her writing is beautifully evocative and captures the sense of place and atmosphere in a way which is transporting for the reader. One can taste the salt air of the Croatian coastline and feel the heat reflected from the pavements of Darlinghurst or Kings Cross while being drawn into the penetrating psychology of the book’s protagonists.”