Despite the outspoken tongue and pen of the brilliant Abigail Adams, some things were not to be shared – at least not publicly.  Family tragedies were high on that list.

Charles Adams, the second son of John and Abigail, was always a weaker sort.  Even as a child, when the family was inoculated against smallpox, it was Charles who suffered a severe reaction while the others had only minor problems.   John Adams had taken ten-year-old John Quincy to Europe with him, and the precocious boy flourished. 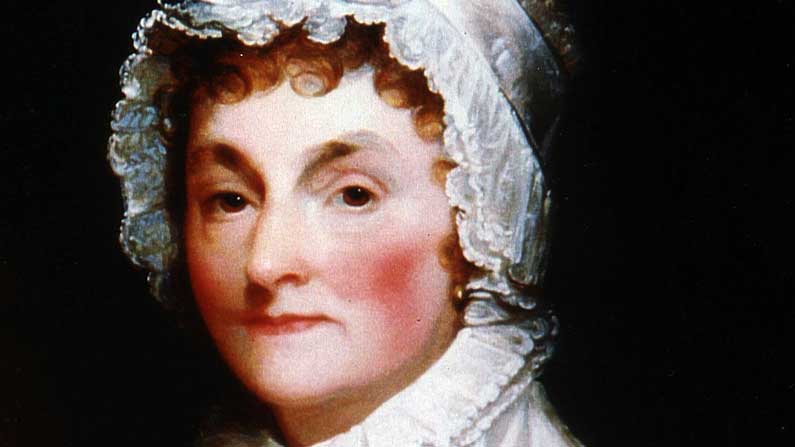 Wishing to do the same for his second son a few years later, the experience for both father and son would be sadly different.  A very reluctant nine-year-old Charles bade his mother a tearful farewell, and Charles was homesick thereafter.  He did not acquit himself either scholastically or socially, and in the end, his well-meaning but dispositionally impatient father sent him back to Abigail.

Charles eventually attended Harvard where he was expelled for some escapade that today would barely raise an eyebrow.  He managed to read law in New York and later married Sally Smith, the sister of his brother-in-law,  and had two daughters.

When John Quincy was appointed by President George Washington as Minister to the Netherlands, he entrusted his younger brother Charles with his finances.  JQ had saved a moderate sum and wanted his nest-egg invested wisely for the future.

Charles, swayed by his double-brother-in-law, who was always on the edge of a “good deal,” made a foolhardy speculation which cost his brother’s entire savings.

Perhaps overcome by guilt, by dread of confession, by weakness, or all of the above, Charles began drinking heavily.  His slide would be a precipitous one, causing his mother’s heart to “blead at every pore,” for the “darling of her heart” and his father’s heart to harden at his son’s character flaws.  Charles would die at thirty, drunk and slovenly.  His widow and their two children would live permanently with Abigail and John.

Abigail committed very little to her pen regarding this tragedy in her life, but it is nearly impossible to ignore the depth of her anxiety and grief.

Thomas Boylston Adams (1772-1832), the youngest Adams offspring, grew up in the tumultuous times of the American Revolution, and would barely know his father, who was away for months and even years at a time.

He too went to Harvard and read law, although according to his mother and oldest brother John Quincy, it was “to force his inclination.”  Tom was never keen on law, but he acquiesced to the family profession.

In 1794, when JQ went to the Netherlands, Tom went along as his brother’s secretary.  He returned home in 1800 and practiced law in Philadelphia to mediocre success.  The “Blue Devils” of the chronic depression that would afflict him for life had already begun to set in.  His father, the retired ex-President, urged his youngest son to return with him to Quincy, perhaps sensing his frailties, and hoping the Adams “name” might have professional coattails.  Perhaps John had also learned a sorry lesson from his difficult relationship with Charles.

So Tom half-heartedly entered politics and was elected to the Massachusetts legislature, but resigned a year later.  He married when he was past thirty and would sire several children – seven of whom would live to maturity.  But due to his lackluster success, he was forced to make his home with his parents for several years.  He, his wife, and his continually growing family.

While Thomas Adams would prove to be an affectionate husband, son, father, brother, and uncle, he began to struggle with the same alcoholic demons and melancholy that had destroyed his brother, Charles, although it never quite spiraled so far out of control.  It is also hinted that Tom had begun to gamble as well.

Abigail privacy on family matters still held, but when the elderly John and Abigail made their wills, Thomas Boylston Adams’ share was put into a trust, to be managed by John Quincy.  They did not believe that their son, at forty-five, could handle responsibility.