Yael Politis grew up in Dearborn, Michigan, not far from Olivia’s farm. She spent years researching the backdrop for Olivia’s story, enjoying the challenge of recreating daily life in another time and place. 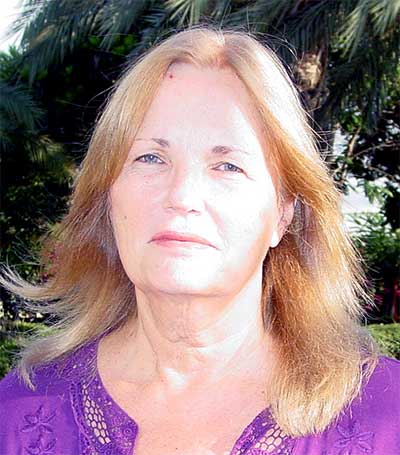 She based many of the details (including how Mourning got his name) on letters and journals passed down through her family, over seven generations of lives lived in the American Midwest. She received a great deal of insight from her sister Martha, who lived in a modern log home, hunted her own land, and was as independent and stubborn as Olivia.

Yael Politis gave up writing for a few years and then devoting all her time and energy to an old and forgotten project (called Tonia) she came out with her debut novel The Lonely Tree, inspired by her life in on the Gaza Strip. The Lonely Tree is a well-known symbol of the area and all the characters, especially Tonia, are lonely in their own way, although connected to each other with deep roots.

After her debut with The Lonely Tree, Yael Politis has written the ‘Olivia Series’ (Olivia, Mourning & The Way the World is), a well-researched historical fiction story, with lots of details from farm life in 1840, laws and attitudes in the slave era of the old American mid-west.

Olivia wants the 80 acres in far off Michigan that her father left to whichever of his offspring wants to stake a claim. As Olivia says, “I’m sprung off him just as much as Avis or Tobey.”

Mourning Free knows how to run a farm, and Olivia has complete trust in him.

The problem: he’s Black, the orphaned son of runaway slaves, and reluctant to travel and work with a white girl. He especially fears the slave catchers who patrol the Free states, hunting fugitives.

Not without qualms, they set off together. All goes well, despite the drudgery of survival in an isolated log cabin. Incapable of acknowledging her feelings for Mourning, Olivia thinks her biggest problem is her unrequited romantic interest in their young, single neighbor.

Then her world falls apart.

Strong-willed, vulnerable, and compassionate, Olivia is a compelling protagonist on a journey to find a way to do the right thing in the world in which so much is wrong.

Olivia Killian is a strong character, an independent young woman who is not afraid to take charge of her own destiny. She doesn’t like to be a victim, so she planned her escape from unpleasant circumstances at home and succeeds.

While struggling with her own life, she perseveres with the help of her black friend Mourning. She sees the injustice of racial hatred around her and rejects it.

While it can be read on its own, readers who have read the first book (Olivia, Mourning), will have a deeper understanding of the characters.

Detroit Michigan, 1842 – After the devastating trauma she suffered in Olivia, Mourning and finally knowing the reality with which she must deal, Olivia strives to rebuild herself – emotionally, socially, and financially.

She starts a new life in Detroit, the young and exciting city on the river where she has come to feel at home. New friends help the healing process, while she continues her search for the two people she loves, who have disappeared from her life.

She finds the greatest solace in helping fugitive slaves escape over the river to Canada. She believes, as one of her new friends says, “In this time and place it is the most worthy thing a person can do.”

Olivia remains a compelling protagonist on a journey to find a way to do the right thing in a world in which so much is wrong.

Jack Eason Oct 23, 2011 2
How Storylines Develop It happened to me yesterday afternoon while I was busy outlining another storyline,…
Publishing