Carnations, squashed, dead, alongside unraveling cigarette ends; a reminder that everything comes to an end, no matter how beautiful; no matter how satisfying. 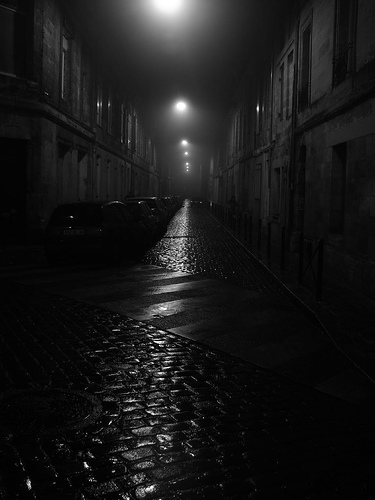 He had made up his mind a long time ago that he would never make any woman honest.

He wouldn’t make anyone anything.

After all, he was a traveler; a Dantesque shade, taking what he needed, not unlike the black dog, rummaging through the black sack across the emptying street.

Stepping across a gutter, sodden with Night’s remains, the grey suit floated towards the scavenger, acknowledging that neither he nor the dog would ever be taken by surprise if they kept one foot in the shadows. 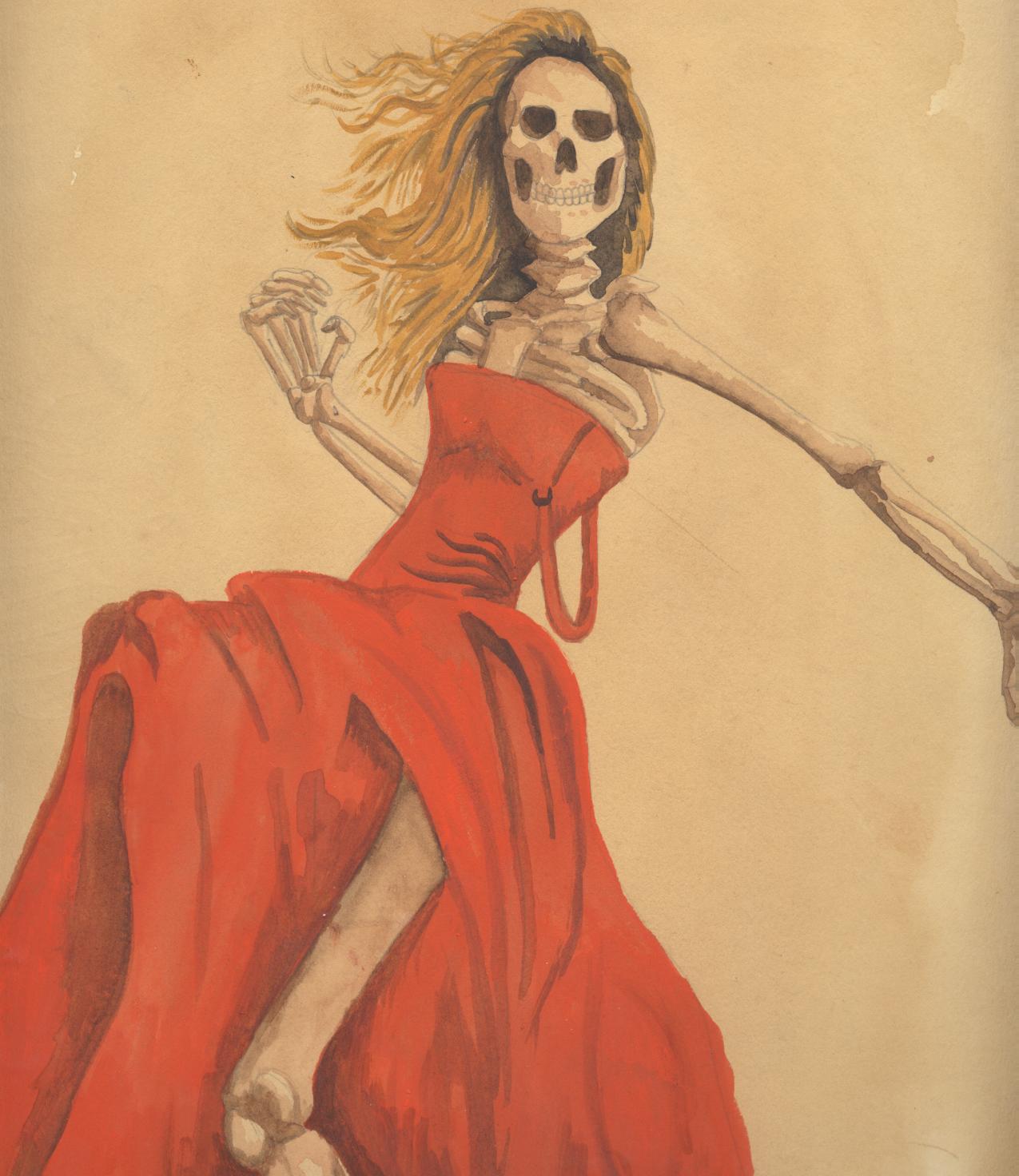 For one second, red eyes looked into blue and were gone back to Hades. Black shoes, wet, walked again; turning into an open late.

Sitting at the bar in saxaphoned smoke, he swallows his sixth Jack Daniels.

A red dress moved in alongside him, and putting a hand on his shoulder, asked for a cigarette. He’d given them up, he said, without meeting her need to feel honest.

Her flat was just around the corner if he was feeling lonely. He liked it that way and got up to leave.

Black shoes, drier, were walking again. Gold stilettos ran to catch up; echoed in the hollowness of Limbo, like tinkling piano keys. Grey suit and red dress turned the corner. They took what they needed.