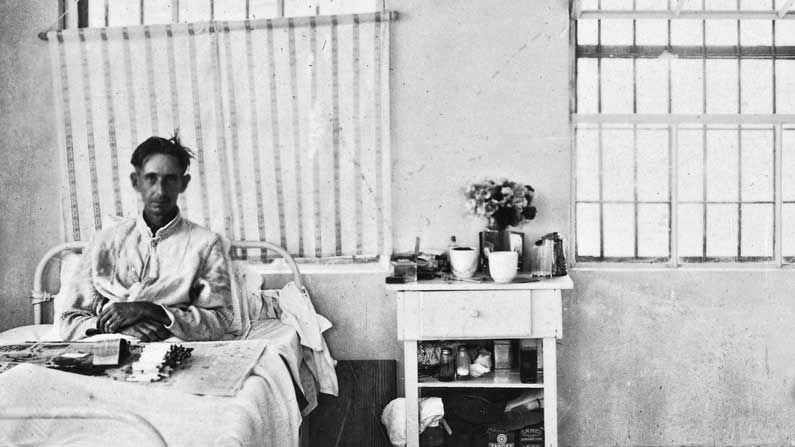 When I had recovered sufficiently from that comprehensive trauma, visited upon me outside of Chu Lai, I had gravitated back to the family circle and leaping back onto a few light dreams, I had then – legs crossed in the living room – infected the family unwittingly with a new sense of good fortune.

Yes, the fair-skinned androgen, targeted through my adolescence for my high voice, my shapeliness, my droop before the yawning appetite – now perforated with metal fragments – had come home from my self-imposed recuperative wanderings in Africa – long enough away for the pink scars to fade and for my bowels to settle.

A resumption of movement, it had been, for the pale boy resurrected from the cellar…along the earth’s equator, offering to his mind the requisite high velocity…RICKETY CLICKITY RICKETY… maybe in preparation he wondered for the eventual return to the would-be narratives of the smoking room at Suffield Academy which no longer existed.

Perpetual movement it had been as a natural antidote for the legacy and residue of causalgia; moving faster — a din in my ears — than my fears could congregate and advance on me. A bombardment of the senses precluding insinuation and infection from inside. Not the ‘do dah do dah’ or the ‘la la la’ for the burning in the palm…for that had disappeared the second Dr. Whitcomb had found the nerve in question and cut it.

But rather the trauma’s legacy — its dwelling in me regardless — the unconscious fear of light and noise even though they could do my actual body, writ small, no harm.

So the ‘doo dah’ ( gwine run all night ) had soon enough become ‘I’ standing in the corridor on that train from Cairo to Aswan, head once again stretched out the window of the rackety car as it jerked through the night…up the Nile…en route to the ferry terminus at Wadi Halfa and the descent into Nubia and across Africa. Exhilarated with the movement and once there at the next stop on my map, anxious to move again. Yes…Haraka Baraka…movement is a blessing…a tonic for neurosis.

Waking up on the planks of a rail car…the contrapuntal of the pistons cadence and the carriage clattering up the Nile… opening my eyes to the black balls of a Sudanese fedayeen as he sought to step over me in his jalabiya. Stepping off at the terminus in Khartoum where I and my mother in me searched to reconnoiter with the ghost of General Gordon in vain; where afterward I had Christmas by myself in a Greek restaurant festooned in paper pastel banners.

Off at dusk, the next day, purchased for a pittance, a place on a flatbed billowing across the Hamada under crystalline skies toward Kasala on the edge of Eritrean highlands, past a stark mud and wattle cone…for worship…whose only call to Allah inside was two unadorned crossed spears. There had only been a splash of water from his bottle before the driver’s forehead had been put down onto the earth; a smoke, a chai afterward before he was once again billowing toward the border.

While an erstwhile Yankee companion took out his Jew’s harp and leaned into:
Banking off of the northeast winds
Sailing on a summer breeze
And skipping over the ocean like a stone
While the Arabs dug deeper into their burlap amidst the sacks and slept on.

Into the thin air of Asmara by new year’s eve…just in time, by candle, to stare at a peeling plaster ceiling while such a perfectly noble head…above her bones and what flesh she had under her pink chiffon… also stared at the ceiling, waiting for me to make a move…which I did finally…for the door as she chirped for some more dollars. It was all so sad.

And so it went …under a bed in an Indian flophouse in Kampala as the strongman Idi Amin Da Da stormed in…bathing my poor colon with ointments at the headwaters of the Congo…put in a burlap manger of sorts on the back of a Bedford covered like a red Indian in laterite dust for the journey back to Bunia port, fearing the damage I was doing to what life I had left, through the always festering vegetation, eventually to Nairobi…

No skipping over the ocean this time…recuperating finally, skin and bones in the manse of a stranded English widow who would have me take her diamonds out of Kenyatta’s country in my asshole as a gesture of gratitude for her hospitality. All on a handshake.

So, a down-to-earth version of what the Demerol had incited, albeit with less control over pace and content. All the while as my Wolfe once whispered to me.:
“The old hunger for voyages fed at his heart…To go alone…into strange cities; to meet strange people and to pass again before they could know him; to wander, like his own legend, across the earth—it seemed to him there could be no better thing than that.”

Two years it had been like that…more or less…squatting on makeshift decks or in the back of dugouts, seemingly washed around the tributaries of the Nile and Congo rivers or eating dust on the back of cargo trucks as they thundered across desert pistes and slammed into flood-torn wadi’s, perched up high on their sacks of cargo behind the cab, a skinny redman on a dollar a day for all the fruit and gruel I could eat; all my earthly possessions in my old boy scout knapsack.

Long enough away in any case for the pink scars to fade and for my bowels to adapt to exotic tastes and to grow the great colonies of various microbes and worms still in my guts as I write, to gain a healthy distance from my earlier reptilian life in the basement. Now sitting in that central room, drawing in the small clan around my designs for business success, to be supported by mostly unspent disability checks from the Army.

From my start in 400 sq. ft. and two phone lines in a renovated warehouse I drove the baby hard in what quickly proved to be a high volume, low margin, easy access business. I scrapped for nickels. I stuck my nose in all the nooks and crannies of possibility. I mortgaged my house. A shack really, hidden away in the country, only feet from a stream that raged against its foundations each Spring.

Into which I would sneak after dark, leaping over puddles and mud, cheese pizza protected under my black wool overcoat, searching the wall for the switch to illuminate my refuge. Now, laying it on the bed and shedding my Tweeds. Then stoking my Korean stove with wall vinyl and rug remnants stripped from the interior…till the stove had burned red and I could lay beside my box of pizza, roll a joint and drift away.

Until the following dawn pushed me outside to the thirty-foot rope hanging from the Oak which I would climb twice – no feet – before I got myself transformed into pinstripes and regimental stripes and the other accouterments of Main Street.

And thus, I got started scrambling for nickels. Personally, handling the smallest transactions. Just keep the phones ringing I told my staff. I held up my hands, “If it gets quiet, we’re dead.” Yellow pages, cold calls, ringing the bell for the Salvation Army at Christmas, steering the cash flow to within minutes of checks crossing desks. It was to become ‘I’, incorporated. My sparkling women who fanned out each morning in the city to make cold calls. “Just take the elevator to the top and work the doors till you hit the pavement,”

I told them, “and then work your way down the street.” My long-legged skaters who dodged city traffic to deliver the ticket. My rendezvous in nightclubs to purchase volume. I, who taught the team to love the cacophony of ringing phones.

The ubiquitous sales charts. The shots, at the end of the week, I gave myself for success. The amber distillate of the mesquite plant alongside a draft and the generous sharing up and down the bar, all assigned to the corporate gold card. And so the once college sensitive, the distraught warrior, now burned with his baby. Burned to the point of thinking about dark retaliations for the competition. Dreamed, in fact, as he stared into the rows of liquor opposite him…of a storefront door opened a crack on a sultry summer day, a grenade rolled down the aisle.

But no woman sat on the stool next to him to share that dream. No women. No, all disappointing for years now. Just more bad food. Time and again. No cripples at evening tide, no likely partners in crime, no unsuspecting faith. All poor American porridge.

Sequel to: Avant-Garde of Western Civilization
Book of the Week Publication: Edition #88 March 26 – 2017

To Fix Sciatica Pain in Your Back, You Might Have to Change the Way You Sit