To Have, Or Not To Have, That Is The Question

A few days ago, I was chatting to a dear friend of mine who lives on the opposite side of the world from myself. During our discussion he mentioned that he was looking for another job.

When I asked why, he said his current employer was not paying him enough. I wished him luck in finding a better paid job and left it at that. After all, he has a family and mortgage to support.

Over the last couple of days, our discussion got me thinking. At least he has a steady income, while I do not. I wonder how he would feel if he was forced to trade financial circumstances with me. Would he survive as I have to, or would he fall by the wayside? 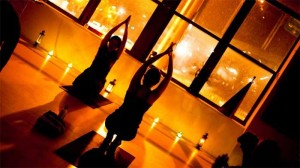 He is indeed fortunate that he lives in a country where ageism does not currently prevail, unlike here in the United Kingdom. I turn sixty-four in a matter of weeks. And as far as the land of my birth is concerned, I am well beyond merely being unemployable. As a consequence I am forced to rely on the state for a meagre handout. Fortunately for him, my friend does not.

If it weren’t for my love of writing, I would probably have ended my existence years ago. At the time it was a close run thing. When I was first told in no uncertain terms that I was longer considered employable in my mid fifties, my whole world collapsed.

To my friend I say just this – consider yourself fortunate indeed that at your age you still have a job and a salary. Be grateful that you don’t live here in the UK. If you did, you would be reduced to living as I do, virtually from hand to mouth, considered too expensive to employ because of your current age.

Friend, thank your lucky stars you live in a country that does actually still care for its citizens.