When I went to part time film school at Ryerson University, I was told to buy Joseph Campbell’s Hero with a Thousand Faces and Syd Field’s Screenwriter’s Handbook.

In fact, in academia I was taught filmmaker George Lucas wrote Star Wars after reading Hero with a Thousand Faces.  Nobody knows Gene Roddenberry was inspired by Moby Dick to create Star Trek, or maybe it was Milton’s Paradise Lost?!  I will never get that right.

In order to write, one must study the myths and God help us Joseph Campbell has books and YouTube videos to back that up too!  It is my observation that this approach has ruined Hollywood movies and the publishing industry as a whole. Why? Sequels, prequels, and 40 years of Hollywood being in the desert.  Just keep it simple. When I have an idea, I focus most on the opening scene and over write it too. Why? If you get enough coverage on a scene, you can edit enough out without destroying the essence of the work itself. The same goes for film as well. Well, I type up the notes and misplace it. Days, weeks, months, or years pass. Then I find it. I go back to the story. I go back to … not Joseph Campbell, but Syd Fields Screenwriter’s Handbook. 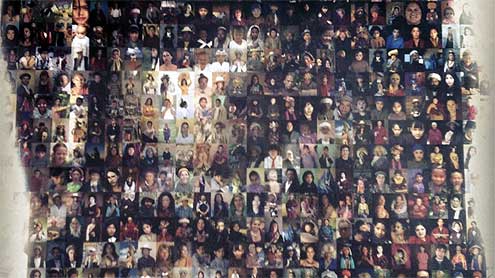 For some reason, I can’t explain the three act structure, but I can think it.  And apply it.  I look at those typed up pages that I discarded. I reread it. Let’s say it is seven pages. I cut it down to exactly 3.5 pages and then I begin from there. When inspiration runs out, I put down the notes. Then I write a second act area, until the Muse cries cut! Another day and a good end point manifests from the oblivion. As the beginning takes root, the middle develops. Somehow the end grows. No, I’m not talking about sex! This is scribbling! It’s like watching a quilt get knitted together.

Eventually, I’ll have a top 50 to 75 list of areas to fix up. Every target area will get the Warner Brothers hammer and nail gun type treatment. Somewhere, I may read an old book from Charles Dickens, Theodore Dreiser, Hermann Hesse, or Sinclair Lewis. A three word phrase will stick out like: His eyes narrowed and hardened. Or she craned her neck, scratching the scruff on her chin. Such a phrase will land up in the 50, or 75, page target list for improvements. Once every number has been scratched for completion, I do a cold read. I use a red pen, or high lighter, to red flag all the errors, cuts, or additions.  Every author knows that after every ten pages; end each chapter on a mystery, like a knock, or a phone call. Why? So readers will find the next chapter interesting.

Eventually, the work is done. I’ve yet to work with a major publishing house like Random House, or Penguin.  I find when I do complete a book, I pass it to all the major newspaper news rooms, including one, or two TV stations. The Canadian publishing scene only acknowledges the American authors and routinely ignores the local talent. They all ask if I have a PR person. I never do. It’s a labor of love.   I keep telling myself the Toronto Star fired Ernest Hemingway for literary incompetence and I should never expect anything from such a news organization. What gets me the most…all the big book chains don’t pay residuals to POD authors, only the big names. Such conglomerates have huge profits for their shareholders and boards of directors too.  But that is another day.

Walk Away from Brick and Stone

iUniverse Books in the Media