The usual people in the media always ask me the same questions. “Why not get an agent? Have you gone to a real publisher?” they ask, repeatedly.

Yes, I have. Do they know online book publishing is going through a revolution? Do they know that 80% of the books that sell online, sell through Kindle? No.
If one did go to a major agent/publisher, the outcome would be a lot worse. 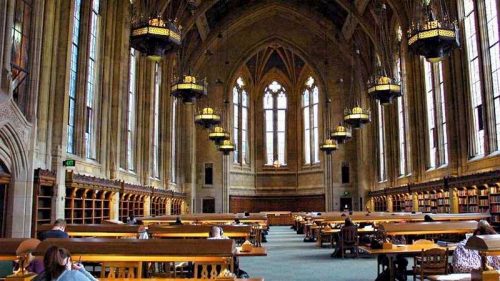 This is how it would go:
“How-to books sell, Self-help books sell, and nonfiction sells, not sci-fi or fantasy books,” the publisher would warn. Let’s say this author had a serious connection in their social circles or even a crazy aunt somewhere who knew somebody.

This is how that industry chat would go:
“Ok, we usually publish self-help books, How-to books, and nonfiction because it sells but since you know somebody….” the publisher’s voice would trail off. A contract is signed, one year passes, and there are no book sales. Hey, it happens! The next conversation would be death for the government who would like to see a living wage in the arts and create tax dollars worldwide.

This is how the bad news would be delivered:
“You know what we sell, we have best sellers on our roster, we put lots of effort into promoting your book, and you still have no sales….” the book industry would moan. That scribe should’ve read the terms of that contract but it doesn’t matter at all.

The publisher would shake hands with its victim, the author gets the door, and the publisher can sell the film rights for the book to a movie producer, pocket the money, the author gets nothing….that’s the way the industry operates, its capitalism, and it doesn’t even matter if one has a good lawyer in their corner or even the right agent.

As a matter of fact, I have a very serious business proposal for the media and the government that I have been actively blogging about here and here, and at East Yorker Community News.

My idea is very simple. In 2007, I got my book Mystery of Everyman’s Way published by Etreasures Publishing,  and I scored lots of good reviews for it, one of which was a 5-star review from Midwest Book Reviews.

Mystery of Everyman’s Way sells all over the internet and I’m yet to receive a penny for it. Zap to 2011 where I got Mack Dunstan’s Inferno published through Iuniverse. After 6 years of blogging, I was told to get an IRS number for it. Why? Iuniverse has a revenue-sharing agreement (RSA) with Chapters Indigo and Barnes and Noble in the United States–so I am expecting to be paid for book sales very soon.

It could happen tomorrow, next week, or by the end of the month. By the way, Iuniverse pays royalty checks every quarter and this is how self-published books like Mack Dunstan’s Inferno sell one million copies and get a New York Times Bestseller designation-it’s 2018. Originally, I have planned once I get sales, I would bring this message to the media and government.

What do have to say? I have a three-phase plan to make a revenue-sharing agreement (RSA) the standard for online book publication in Canada.

PHASE ONE
1a) If an RSA was the law of the land, a book couldn’t be sold online or published online without an RSA in play–that alone would save the retail industry from collapse. Need more examples? A sleazy agent, a crooked movie producer, or a desperate author can’t sign it away either—thus a book can’t be published, or sold on the internet without an RSA in place.

That’s right, if one wished to self-publish a book, an aspiring scribe would walk into Toronto Central Library, ask the librarian to publish their book, get an ISBN number for it but if the book had an RSA in place, that would be a living wage in the arts and money would be pumped into the library. Remember, some universities do have the same service—three sectors of the economy.

1c) Essentially, if RSA was law in Canada, it would be a living wage in the arts, creating tax money for governments without causing them more debt, it can be done locally and money made locally through the arts dollar makes the locale economy stronger–supply and demand is the end game and it doesn’t even cost the government a penny either!

PHASE TWO
2a) Vouchers for Serialization–Author grants at Canada Council for the Arts and at Toronto Arts Council should be changed to vouchers for serialization (VFS) and this would promote Canadian ebooks in the mainstream news and stop the layoffs in the newsroom. Those who are slow have to reread the previous sentence.

2b) Maverick Clause for Vouchers for Serialization–Let’s say, in some cases, there is too much competition for such a VFS. Ok, well, if book sales reach 10,000, or more, when the author gets paid, he/she gets a twelve-digit number and a pin number where they then can go to any major newspaper’s website and use the serial number to apply VIA online to have one’s book serialized in the mainstream news.

This method would promote a popular book, attracting new readers to the publication–advertisers would like this! If an author, however, has a reputation for no sales through this process then a more deserving author should be given the opportunity.

More importantly, the themes of the news changes with the books that are being promoted and a VFS program shouldn’t cost the government a penny—corporate sponsorship, or philanthropy, would make it possible.

PHASE THREE–Ministry of Labor Needs the Power to Retrieve Book Sales for Author/Publisher
Coming full circle, I published a book with Etreasures in 2007, it sells everywhere, and I haven’t been paid a penny for it.

Etreasures, like all online book publishers, can mentor an author, or an aspiring author, proof their work, publish their books which can be sold online, but they don’t know how to retrieve the book sales data from online booksellers. I emailed my concern to Chapters Indigo and I was told VIA email that it was up to the publisher to retrieve the book sales data, not Chapters-Indigo–this is tantamount to tax evasion.

Why? Iuniverse forced me to get an IRS number in hopes for me to get paid for book sales. I have a very simple idea to eradicate this problem. If an author has a dispute with online booksellers or its publishers, I want a provision in our laws that gives the Ministry of Labor www.ontario.ca/page/ministry-labour the power to respond to such a complaint, enforcing the rule of law.

Search engines would also be held responsible for such blatant corruption. The Ministry of Labor would recover the money owed, fine the booksellers, punish search engines, and those who don’t cooperate would be banned from selling books online for life.

In conclusion, if online book publication is going through a revolution, our governments and their partner agencies should adapt to the changing market. It’s a living wage in the arts, creating tax money for our governments, and the art dollar that is made here will make our economy stronger–supply and demand is the end game and it won’t cost the government a penny.

I hope you realize that this is a serious business proposal for our media and governments, and it’s an issue that can be raised at the NAFTA negotiations. When I get paid for book sales for Mack Dunstan’s Inferno, I wish to take this issue to the media.

Angelica Pastorelli Aug 4, 2013 27
Short Story Writing Contest 2013 THIS CONTEST IS CLOSED - THE RESULTS ARE PUBLISHED BELOW Angie's Diary is…
Writing